Women planning to undergo a laparoscopic hysterectomy or other minimally-invasive gynecological surgery that will involve the use of a power morcellator should be sure to speak with their doctors about the risks potentially associated with such procedures. According to U.S. health regulators, morcellation of the uterus has the potential to disseminate undetected cancer cells present in the tissue into the peritoneal cavity. This occurrence can result in an “upstaging” of the cancer, which can greatly diminish a patient’s chances of long-term survival. Morcellator Lawsuits are being filed in regards to this.

What is Uterine Morcellation? 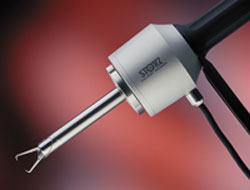 Power morcellators are surgical tools that are used in minimally invasive gynecological surgeries, including hysterectomies and myomectomies (fibroid removals). The morcellator is outfitted with a rapidly moving blade that shreds tissue into tiny pieces, so that it can be sucked out through a small abdominal incision. According to an article that appeared in The Wall Street Journal in June 2014, the first electric morcellators were approved by the U.S. Food & Drug Administration (FDA) in the 1990s via a process that does not require human clinical trials to demonstrate safety or effectiveness.

Because laparoscopic hysterectomies and myomectomies offer patients certain benefits, including smaller incisions, shorter hospital stays and recovery times, and less pain, uterine morcellation quickly became a popular option for many women. By 2014, it was estimated that the devices were being used in 50,000 laparoscopic hysterectomies performed in the U.S. every year. The surgical tools are now manufactured by a number of companies under various brand names:

According to an alert issued by the FDA on April 17, 2014, about 1 in 350 women who undergo surgery to remove uterine fibroids have undetected cancer cells within that tissue. Because screening procedures are not always successful in detecting these cancers beforehand, the FDA is discouraging doctors from using power morcellators in minimally-invasive hysterectomies and fibroid removals. The FDA alert also noted that the agency was planning to hold an advisory panel meeting in July 2014 to take a closer look at the risks associated with morcellation of the uterus. At that time, the FDA’s Obstetrics and Gynecology Devices Panel will be asked to make recommendations regarding the appropriate use, premarket testing, labeling, and other possible ways of mitigating the risks associated with these devices.

In discouraging the use of power morcellators in uterine surgeries, the FDA noted that there are many alternatives available for women who require hysterectomies and myomectomies. These include minimally invasive surgery without morcellators, vaginal hysterectomies and open surgery. The FDA also noted that some healthcare providers now advocate using a containment bag during morcellation in an attempt to minimize the risk of cancer cells spreading to the abdomen and pelvis.

In a follow-up alert issued in November 2014, the FDA  warned that power morcellators should not be used on the majority of hysterectomy and myomectomy patients because of their potential to spread and upstage uterine cancer cells. Among other things, the FDA pointed out that screening for uterine malignancies prior to surgery is unreliable, and noted that a woman’s odds of long-term survival are greatly reduced if these cancers are allowed to spread beyond the uterus.

In August 2016, a study that appeared in the Journal of the American Medical Association suggested that the FDA’s action had impacted the frequency with which uterine morcellation was performed in the U.S. The report noted that 13.5% of all minimally invasive hysterectomies involved power morcellators in the fourth quarter of 2013. However, by the first quarter of 2015, the percentage had dropped to 2.8. The findings were based on an analysis of medical records from 200,000 women who underwent hysterectomies at 500 U.S. hospitals. Read More

Last Modified: August 30, 2016
Private Case ReviewWere you or a loved one harmed by a prescription drug or medical device? Get a free case review.
Connect with: