It’s not uncommon for a medication to be prescribed off-label. But doing so with some, like a drug that has been suggested to cause cleft lips and palates, as well as other birth defects that could eventually result in numerous Zofran lawsuit filings, may result in problems that are serious and potentially life-changing. 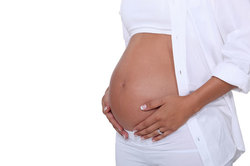 The medication, Zofran, which is also referred to as ondansetron, is specifically approved in the U.S. and Canada to treat nausea and vomiting in chemotherapy and surgery patients. It has not been cleared for these uses in expectant mothers who may be suffering from morning sickness, despite its fast-increasing popularity for this demographic.

In recent years, numerous researchers have explored the ramifications of Zofran, which is manufactured by GlaxoSmithKline. Studies involving the medication have uncovered the following problems in some children whose mothers used the drug while they were pregnant:

The U.S. Food and Drug Administration (FDA) specifies on its Zofran prescribing information that it should not be used to treat pregnant women, even though reproduction studies have been performed in pregnant rats and rabbits at I.V. doses up to 4 mg/kg per day. Officials stress that no evidence in these trials has confirmed a risk of impaired fertility or harm to the fetus, but that no adequate or well-controlled studies in pregnant women have been conducted, either. As such, Zofran has been classified as a “Pregnancy Category B” medication.

Over the past few years, a wealth of Zofran research has been conducted, but its risk for side effects has not been clearly ascertained.

The latest findings were released in a June 25, 2014 report from the Toronto Star.com. Among other things, researchers for the publication found that some 20 Canadian women experienced serious side effects—one reported an infant death and others reported cases of newborns with kidney malformations and heart defects—after taking Zofran. The Star analysis similarly looked at records from 2012 in the FDA’s adverse event report database.

Before that, a study released in August 2013 by Denmark researchers found an increased risk of birth defects in children born to Zofran-using mothers. Findings were presented at the International Society of Pharmacoepidemiology in Montreal and involved data from women who were pregnant between 1997 and 2010. 897,018 pregnancies were factored into the study, which detected a 2-fold increase in cardiac malformations, equating to a total malformation risk of 30 percent.

Less than a year earlier, data that was similarly obtained from the Danish Birth Registry relayed conflicting results. Women exposed to ondansetron during pregnancies that occurred between 2004 and 2011 were found to not have been at risk for birthing children with defects. The mean age of exposure was 10 weeks, meaning that half the women tested took the medication after birth defects could no longer have been produced. It was discussed during the time of this study’s release in a February 2013 issue of the new England Journal of Medicine whether this created a bias.

As the birth control defects alleged in potential Zofran-related claims may vary in type and severity, women and children who may have been harmed by the medication may be wise to file an individual lawsuit. Filing a Zofran class action case may not earn you the compensation you and your family deserve, as rewards in these types are distributed among a large number of plaintiffs.

Last Modified: September 8, 2016
Private Case ReviewWere you or a loved one harmed by a prescription drug or medical device? Get a free case review.
Connect with: