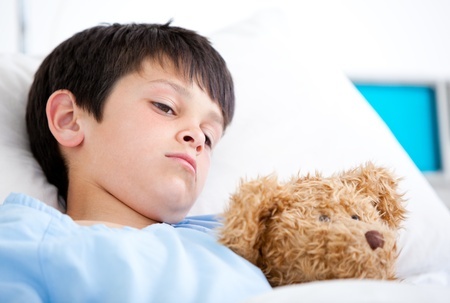 A number of reports have linked to Zofran to kidney defects in babies who were exposed to the anti-nausea drug during the first trimester of pregnancy. At least one study has suggested that pre-natal exposure to Zofran may increase the risk of certain kidney birth defects by as much as six fold.

The attorneys at Bernstein Liebhard, a nationwide law firm that represents the victims of serious drug side effects, is investigating reports of Zofran-related kidney defects and other birth defects that may be associated with the use of this medication by pregnant woman. If you were prescribed Zofran during the first trimester of pregnancy and believe your child was harmed as a result, please contact our office at (888) 994-5118.

Recently, several studies and reports have linked first-trimester exposure to Zofran to the development of kidney birth defects:

Defects of the kidneys and urinary tract develop in roughly 1 in 500 births. In fact, birth defects occur more frequently in the kidney and urinary system than in any other system of the body. Some of the most common include:

While doctors are permitted to prescribe FDA-approved medications in any manner they see fit, drug companies may not promote the off-label use of their products. In 2012, GlaxoSmithKline agreed to pay $3 billion to settle federal criminal and civil charges involving the marketing of several of its medications. Among other things, the U.S. Department of Justice had accused the company of promoting Zofran as an off-label treatment for morning sickness.

A growing number of Zofran lawsuits claim that that the company has received numerous reports of birth defects potentially associated with Zofran, but withheld this information from the public and medical community. Read More

October 2015: Dozens of Zofran lawsuits have been centralized in the U.S. District Court, District of Massachusetts, for the purposes of coordinated pretrial proceeding. By November 2015, more than 100 such cases had been filed in the proceeding on behalf of children who were allegedly born with Zofran-related birth defects due to their mothers’ use of the drug in the first trimester of pregnancy. Read More

Discuss Your Case with a Zofran Lawyer Today

The Zofran lawyers at Bernstein Liebhard LLP are now offering free, no-obligation legal reviews to any family whose child suffered kidney birth defects or other complications that may be associated with pre-natal Zofran exposure. To arrange for your confidential case consultation, please call (888) 994-5118 today.