Zofran Hole in the Heart 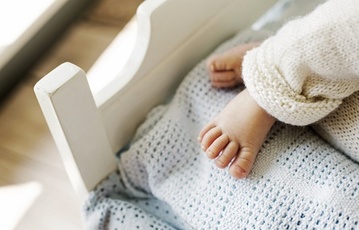 Expectant mothers who use Zofran to control nausea and vomiting in their first trimester of pregnancy may be more likely to give birth to a child with cardiac septal defects, including an atrial septal defect or a ventricular septal defect. At least two recent studies have found that pre-natal exposure to the anti-nausea medication may double the risk of congenital heart abnormalities, including these serious hole in the heart defects

Children born with an atrial or ventricular septal defect may be entitled to compensation from GlaxoSmithKline if their mothers were treated with Zofran in the early months of pregnancy. To find out more about filing a Zofran lawsuit on behalf of your child, please call Bernstein Liebhard LLP today, at (888) 994-5118.

Millions of pregnant women have been treated with Zofran to relieve morning sickness, even though the anti-nausea medication has never been approved for this use. Now a growing number of studies suggest that exposure to the drug in the early months of pregnancy may increase the likelihood that a baby will be born with serious birth defects, including a hole in the heart and other cardiac malformations.

What is a Hole in the Heart?

Since February 2015, a growing number of Zofran birth defects lawsuits have been filed in courts around the U.S. These include a number of cases that allege Zofran caused hole in the heart birth defects.

All federally-filed Zofran lawsuits involving cardiac malformations and other birth defects have been consolidated in a multidistrict litigation that is now underway in the U.S. District Court, District of Massachusetts. More than 100 claims were pending in the proceeding as of November 16, 2015. Read More.

Bernstein Liebhard LLP is offering free legal reviews to the families of children who may have been born with Zofran hole in the heart defects or other congenital malformations that could be linked to this medication. To contact a Zofran lawyer today, please call (888) 994-5118.