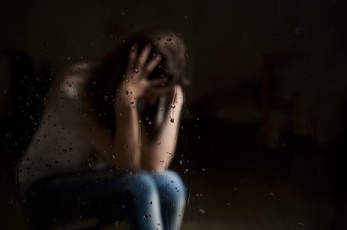 Pregnant women who are prescribed Zofran to control nausea and vomiting in their first trimester may be more likely to give birth to a child with serious congenital abnormalities, including heart murmurs and other cardiac defects. A growing number of Zofran lawsuits claim that GlaxoSmithKline concealed the drug’s risks and failed to provide patients and doctors with adequate warnings regarding its alleged association with the development of major birth defects.

Bernstein Liebhard LLP, a nationwide law firm that represents the victims of serious drug side effects and complications, is investigating legal claims on behalf of children who may be suffering from a Zofran heart murmur. If your child was exposed to this medication during the first trimester of pregnancy and has been diagnosed with this condition, please call (888) 994-5118 to discuss your legal options with one of our attorneys.

Zofran (ondansetron) is a prescription medication approved to prevent nausea and vomiting in post-operative surgery patients, as well as individuals undergoing certain cancer treatments. Though it has never been approved to treat morning sickness or any form of pregnancy-related nausea and vomiting, a 2014 analysis entitled “Treating morning sickness in the United States—changes in prescribing are needed” reported that as many as 1 million pregnant women per year have been prescribed the drug for this off-label indication.

While doctors are able to prescribe approved drugs for any purpose they deem appropriate, pharmaceutical manufacturers are, in most cases, legally prohibited from marketing a medication based on an unapproved indication. In 2012, GlaxoSmithKline agreed to pay $3 billion to resolve federal drug marketing charges involving Zofran and a number of other medications. Among other things, the U.S. Department of Justice had accused Glaxo of improperly promoting Zofran as an off-label treatment for morning sickness. Read More

Despite its widespread-off label use to treat pregnancy-related nausea and vomiting, Zofran’s effects on a developing pregnancy have not been well-studied. It’s placement by the U.S. Food & Drug Administration (FDA) in Pregnancy Category B is indicative of this fact. In recent years, a growing number of reports and studies have suggested that Zofran may be associated with an increased risk of major birth defects when taken by expectant mothers during the first trimester of pregnancy.

What is a Heart Murmur?

A heart murmur is an unusual whooshing or swishing sound heard during a heartbeat. In an infant, symptoms may include:

Adults who suffer from a heart murmur may experience fatigue, difficulty exercising or engaging in physical activity, and chest pain.

Sometimes, a heart murmur is the result of a congenital birth defect, such as a hole in the heart. In such cases, an infant may need to undergo surgery and other medical intervention to treat the underlying issue.

Since February 2015, scores of plaintiffs have filed Zofran birth defects lawsuits in courts around the U.S. All such federal cases were centralized in a multidistrict litigation currently underway in the U.S. District Court, District of Massachusetts, by an Order of the U.S. Judicial Panel on Multidistrict Litigation dated October 13, 2015. Read More

Can I File a Zofran Heart Murmur Lawsuit?

You may be able to take legal action against GlaxoSmithKline if your baby was born with a heart murmur following first trimester exposure to Zofran. To arrange for a free, legal review of your case, please call (888) 994-5118.