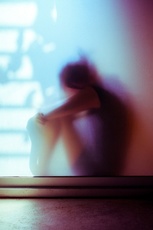 Zofran, an anti-nausea medication that is widely prescribed to treat morning sickness, may increase the likelihood that a baby will be born with serious heart birth defects and other major congenital abnormalities. Plaintiffs who have filed lawsuits over alleged Zofran heart defects claim that GlaxoSmithKline aggressively marketed the medication as an appropriate treatment for pregnancy-related nausea and vomiting, even though it has never been approved for this indication. They also accuse the company of failing to warn patients and doctors about the risks potentially associated with Zofran.

The Zofran legal team at Bernstein Liebhard LLP is investigating potential product liability claims on behalf of children who allegedly developed the following heart defects due to pre-natal Zofran exposure:

If you think Zofran harmed your child, please call (888) 994-5118 to arrange for a free legal consultation.

Since February 2015, a growing number of Zofran heart defect lawsuits have been filed in U.S. Courts.

Zofran has been on the market since 1991. It is currently approved to treat nausea and vomiting experienced by post-op surgery patients or those undergoing certain cancer treatment. It has never been approved to treat pregnancy-related nausea and vomiting, and is classified in the U.S. Food & Drug Administration’s Pregnancy Category B. This designation indicates that the drug hasn’t been well-studied in pregnant woman.

In recent years, a number of studies have linked the use of Zofran in early pregnancy to the development of major heart defects and other congenital abnormalities.

Bernstein Liebhard LLP is now offering free, no-obligation legal reviews to alleged victims of Zofran heart defects. If your baby was born with a serous heart issue following fist trimester exposure to Zofran, please call (888) 994-5118 to talk with one of our attorneys today.