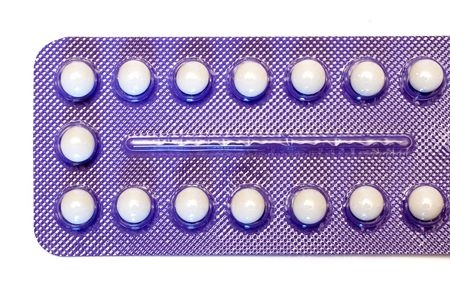 Yaz is a popular oral contraceptive marketed by Bayer. Yaz is different from many other birth control pills in that it contains a new form of synthetic progesterone called drospirenone. Some studies have suggested that drospirenone may be associated with an increased risk of dangerous blood clots, including deep vein thrombosis (DVT) and pulmonary embolism (PE).

How Does Yaz Work?

Yaz was approved by the U.S. Food & Drug Administration (FDA) in 2006. It is currently indicated to prevent pregnancy and to alleviate moderate acne in women over the age of 12 who wish to use birth control pills to prevent pregnancy. Yaz is also approved to treat symptoms associated with premenstrual dysphoric disorder (PMDD).

Yaz contains the hormones drospirenone and ethinyl estradiol to prevent ovulation. These hormones also cause changes in a woman’s cervical and uterine lining, which makes it more difficulat for sperm to reach the uterus and harder for a fertilized egg to attach to the uterus.

Yaz is the only oral contraceptive  that inclues 24 active pills (contain hormones) and four inactive pills. Most birth control pills include seven inactive pills. As a result, women who use Yaz receive a higher  dose of hormones through the month.

In April 2012, the FDA announced label modifications for Yaz and other oral contraceptives that contain drospirenone, after the agency concluded that such birth control pills might  be associated with a higher risk of blood clots compared to other  types of pills.

“The revised drug labels (Beyaz, Safyral, Yasmin and Yaz) will report that some epidemiologic studies reported as high as a three-fold increase in the risk of blood clots for drospirenone-containing products when compared to products containing levonorgestrel or some other progestins, whereas other epidemiological studies found no additional risk of blood clots with drospirenone-containing products.”

Since 2008, Bayer has received two FDA warning letters regarding marketing materials for Yaz. The first, dated October 3, 2008, asserted that certain Yaz “TV Ads are misleading because they broaden the drug’s indication, overstate the efficacy … and minimize serious risks, associated with the use of the drug.” The FDA was concerned that the commercials implied that Yaz could treat severe acne and PMS, when in the fact the drug is only indicated to treat moderate acne and PMDD. Bayer ultimately ran a $20 million marketing campaign to correct the issues cited in the FDA’s letter.

Bayer received a second FDA warning letter in 2009 for advertisements the agency said were “misleading because they … fail to communicate any risk information associated with the use of these drugs.”

Thousands of Yaz lawsuits have been filed in U.S. courts on behalf of women who allegedly suffered dangerous blood clots, heart attacks and strokes due to their use of the oral contraceptive. In March 2014, Bayer acknowledged that it had agreed to pay $57 million to resolve  more 1,200 product liability claims involving  drospirenone-containing birth control pills, including Yaz,  and arterial blood clots. The company had previously settled more than 8,200 lawsuits over the drugs’ alleged association with venous blood clots, including PE and DVT, for $2 billion. In March 2013, Bayer agreed to pay $24 million to patients who allegedly developed gallbladder disease or had their gallbladders removed after using its Yaz and Yasmin birth control pills. Read More