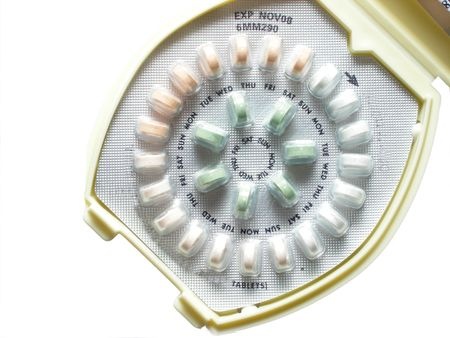 Yasmin was approved by the U.S Food & Drug Administration (FDA) in 2001, and was the first drospirenone-containing birth control pill cleared by the agency. By 2006, Yasmin had captured 17% of the global market for oral contraceptives.

How Does Yasmin Work?

Yasmin is a combination oral contraceptive (COC) that is currently indicated to prevent pregnancy. The medication was initially marketed by Berlex Laboratories, which was acquired by Bayer AG in 2006.

A 28-day cycle of Yasmin consists of 21 active pills and 7 that are inactive. Active Yasmin pills each contain 3-mg of drospirenone, a synthetic progesterone,  and 0.03-mg ethinyl estradiol. These hormones work to disrupt a woman’s normal menstrual cycle by preventing egg maturation and suppressing ovulation. They also prevent a fertilized egg from implanting in the uterus, and promote the  thickening  of cervical mucus in order to form a physical barrier to sperm.

Yasmin is very similar to Yaz, another birth control pill marketed by Bayer. While both contain 3-mg of drospirenone, active Yaz pills only contain 0.02-mg of ethinyl estradiol.

Serious ide effects associated with Yasmin may include:

Yasmin should not be used by women who have:

In 2012, the FDA ordered label modifications for Yasmin and other drospirenone-containing birth control pills, after several studies suggested the drugs might be associated with an increased risk for blood clots, including pulmonary embolism and deep vein thrombosis. These studies included one funded by the FDA which indicated that Yasmin and similar oral contraceptives might increase the risk for blood clots by as much as 75%. The FDA study followed nearly 800,000 women who were taking forms of birth control with drospirenone, including Yasmin. The risk was highest for women who had been taking the drugs for less than a year.

In 2003, the FDA issued a warning letter to Berlex Laboratories over a 60-second Yasmin TV commercial that the agency determined was misleading. Specifically, the FDA found that the ad, entitled “Goodbye Kiss,” had wrongly implied that Yasmin was a safer alternative to other contraceptives.

“Women taking Yasmin must be concerned about drug interactions  that will increase potassium, in addition to the drug interactions common to all COCs, “ the letter said. “Therefore, these women and their healthcare providers must weigh Yasmin’s additional health risks when considering Yasmin over COCs without drospirenone.”

Thousands of women who allegedly suffered heart attacks, strokes and dangerous blood clots related to the use of Yasmin and Yaz have filed suit against Bayer. In March 2014, the company entered into a $57 million settlement agreement to resolve more 1,200 cases filed by victims of arterial blood clots that were allegedly caused by Yaz or Yasmin. Bayer had previously settled more than 8,200 lawsuits over the drugs’ alleged association with venous blood clots, including PE and DVT, for $2 billion. Read More