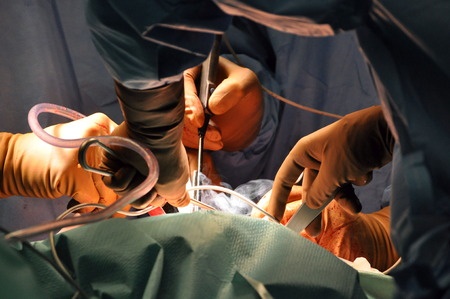 Hundreds of Wright Medical hip replacement lawsuits have been filed over complications allegedly associated with Conserve and Profemur hip implants. Some of these cases have gone to trial, resulting in significant verdicts for plaintiffs.

November 2016: Wright Medical has agreed to settle hundreds of hip lawsuits involving its  metal-on-metal Conserve, Lineage or Dynasty hip implants for $240 million. Those eligible to participate in the proposed accord include plaintiffs who underwent revision surgery within eight years of their initial hip replacement, and who filed  a lawsuit within the statute of limitations.  At least 95% of eligible plaintiffs must agree to the settlement terms in order for the agreement to take effect.  Read More

Wright Medical’s line of Conserve hip implants includes the Conserve Total Hip Implant System, the Conserve Total A-Class Advanced Metal Hip Implant System and the Conserve Resurfacing System. These metal-on-metal hips feature an acetabular ball and femoral cup made from a chromium-cobalt alloy.  The Profemur hip is a modular neck and stem system made of titanium alloy. The line includes a choice of six interchangeable neck pieces available in two lengths, which enables a surgeon to create a customized fit for each patient.

Both the Conserve and Profemur hip lines were approved via the U.S. Food & Drug Administration’s (FDA) 510(k) clearance protocols. In such cases, the FDA does not require a device manufacturer to conduct human tests if it can be demonstrated that a new product is “substantially equivalent” to a device that was previously approved by the agency.

Data suggest that all-metal Conserve hips and the Profemur system are associated with unacceptably high rates of revision surgery. According to the National Joint Registry of England and Wales, the five-year revision rate for the Conserve Plus hip is 8.36 percent. In 2009, the Australian National Joint Replacement Registry noted that Wright Profemur hip replacements had a revision rate of 11.2 percent within three year. Ideally, a hip replacement should last between 15 and 20 years.

In 2013, the FDA warned that metal-on- metal hips appeared to be more likely to fail prematurely compared to alternative designs. The agency now advises patients fitted with these types of implants to undergo metal ion blood testing if they experience pain, swelling, or other symptoms that could be indicative of implant failure.

Bernstein Liebhard LLP is offering legal assistance to individuals who may have suffered debilitating complications due to a Conserve or Profemur hip implant. To learn more about filing a Wright hip replacement lawsuit, please call (888) 994-5118.

Last Modified: November 8, 2016
Private Case ReviewWere you or a loved one harmed by a prescription drug or medical device? Get a free case review.
Connect with: