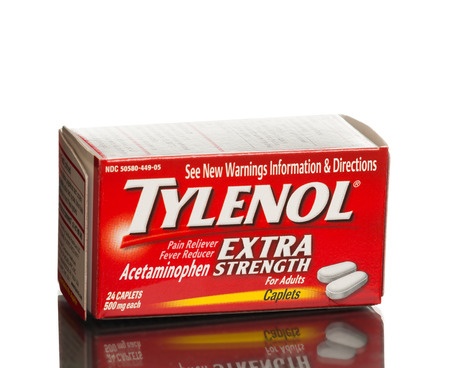 Hundreds of Tylenol lawsuits have been filed on behalf of individuals who allegedly sustained serious liver damage, including liver failure, due to the acetaminophen in over-the-counter (OTC) Tylenol-brand medications. In some cases, liver injuries were severe enough to warrant transplantation or proved fatal.

Bernstein Liebhard LLP provides free legal reviews to victims of acetaminophen-induced liver damage allegedly related to the use of OTC Tylenol products. If you or a loved were hospitalized, required a liver transplant, or died as a result of such complications, please contact our office today at (888) 632-9988.

Since 1955, Tylenol brand medicines have been a near-constant presence in U.S. homes. Most consumers consider these popular OTC medications to be perfectly safe. But acetaminophen, the active ingredient in Tylenol products, can cause severe liver injuries if taken in inappropriate doses.

According to a Consumer Reports investigation published in 2014, acetaminophen overdose sends more than 80,000 people to the emergency room every year. The report noted that onc Scottish study had found that exceeding just 4,000 milligrams of acetaminophen for only a few days has the potential to seriously harm the liver. Yet, daily recommended limits for many OTC acetaminophen medications come very close to this threshold. Read More

The U.S. Food & Drug Administration (FDA) has warned that many of the victims of acetaminophen-related injuries were using an OTC medication that contained the ingredient, while at the same time taking an acetaminophen-based prescription drug.

“Inadvertent overdoses with prescription drugs that contain acetaminophen and a narcotic have been responsible for a significant proportion of all the cases of acetaminophen-related liver failure in the United States, some of which have resulted in liver transplant or death.

It wasn’t until 2013 that  McNeil Consumer Healthcare decided to include more prominent liver damage warnings on the labels of Tylenol products. The red-lettered labels first began appearing on bottles of Extra Strength Tylenol that October. Read More

Am I Eligible To File A Tylenol Lawsuit?

You may be eligible to take legal action you or a loved one used a Tylenol-brand medication and were diagnosed with severe, acetaminophen-induced liver injury. To discuss filing a Tylenol lawsuit with an attorney at Bernstein Liebhard LLP, please call (888) 632-9988.

Last Modified: May 20, 2022
Private Case ReviewWere you or a loved one harmed by a prescription drug or medical device? Get a free case review.
Connect with: