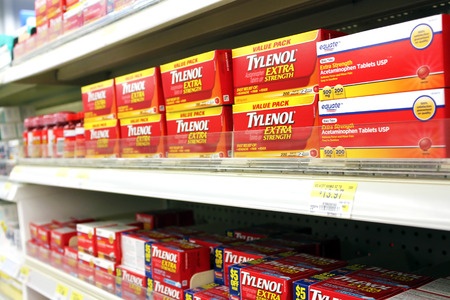 The first Tylenol product was introduced in 1955 as Tylenol Elixer for Children. Since then, medications bearing the name Tylenol have become ubiquitous in U.S. homes, with Americans purchasing 28 billion doses in 2005 alone. Some of the OTC drugs that are currently sold under the Tylenol-brand name include:

According to data from the U.S. Food & Drug Administration (FDA), acetaminophen, the active ingredient in Tylenol products, was the leading cause of acute liver failure in the U.S. between 1998 and 2003. From 1990 to 1998, the ingredient was cited as the cause of 56,000 emergency room visits, 26,000 hospitalizations, and 458 deaths annually.

Symptoms of a severe acetaminophen overdose include:

In November 2014, a Consumer Reports investigation highlighted the dangers associated with acetaminophen. Among other things, the investigation found that acetaminophen overuse sends more than 80,000 people to the emergency room every year. The article also detailed research that suggests exceeding just 4,000 milligrams of acetaminophen for only a few days can result in serious liver damage and other complications. However, Consumer Reports noted that daily limits recommended for many OTC acetaminophen products come very close to this threshold. Read More

In recent years, the FDA has taken a number of actions to mitigate the risk of acetaminophen-related liver injury:

In April 2013, all federally-filed Tylenol liver damage claims were centralized in the U.S. District Court, Eastern District of Pennsylvania, for the purpose of coordinated pretrial proceedings. All of the claims pending in the proceeding accuse Johnson & Johnson and McNeil of failing to provide consumers with adequate warnings regarding the association between Tylenol and liver injury. As of March 2016, more than 200 Tylenol lawsuits had been filed in the litigation. (In Re: Tylenol (Acetaminophen) Marketing, Sales Practices and Products Liability Litigation, MDL No. 2436)