Following insertion of a transvaginal mesh implant, many women have alleged device complications that required removal surgery to repair. A number of lawsuits claim that several revision surgeries are often necessary to help restore a woman’s quality of life after suffering painful side effects that occurred after mesh insertion.

Transvaginal mesh is a surgical material designed to treat pelvic organ prolapse (POP) and stress urinary incontinence (SUI) in women. In patients whose mesh eroded through the vaginal epithelium, however, the need for removal from a urogynecologist may be recommended. Unfortunately, complete removal of the mesh is unsuccessful in many women, even after several procedures.

According to claims, the following complications may require the need for transvaginal mesh revision surgery:

In July 2011, the U.S. Food and Drug Administration (FDA) issued a transvaginal mesh Safety Communication that acknowledged thousands of complaint reports filed in the agency’s database. The FDA said in its public alert that 2,874 adverse event reports from women who received the mesh for POP and SUI repairs had been filed. The most frequent complications reported over the two-year period included mesh erosion, pain during sexual intercourse, organ perforation and urinary problems, to name a few. 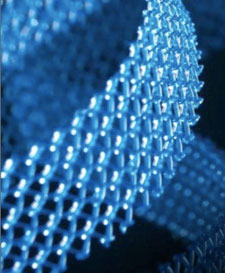 Out of the thousands of women who have received transvaginal mesh, a large percentage may need to have it removed, according to a study presented two years ago at the American Urogynecologic Society (AUGS) 33rd Annual Scientific Meeting. Among other things, research led by a doctor from the University of Michigan in Ann Arbor estimated that 45.6 percent of patients who receive vaginal mesh have needed to undergo removal surgery after suffering complications from erosion. The study was released in 2012, at which time Dr. Erin C. Crosby, MD., said the number of mesh removals in the University of Michigan’s tertiary center had increased 10 fold over the preceding five years.

“The number of procedures…we perform at our institution continues to increase each year,” she concluded after looking at data from 57 women who underwent revision surgery between January 2010 and December 2010.

71 percent of women who underwent mesh removal surgeries at the University of Michigan reported a significant improvement in pain after the procedure, but many said it didn’t go away completely, according to the study. 50 percent of patients reported persistent pain, and 25 percent reported dyspareunia after surgery.

Have You Had Vaginal Mesh Revision Surgery?

An estimated 60,000 lawsuits have now been filed in the U.S., the majority of which are pending in four separate multidistrict litigations in the U.S. District Court, Southern District of West Virginia. According to court records, many of the plaintiffs involved in cases over products from C.R. Bard, the Johnson & Johnson subsidiary, Ethicon, Boston Scientific, Corp. allege device complications that ultimately required revision surgery.

Thousands of additional actions have also been filed in state courts throughout the U.S.

Last Modified: August 5, 2014
Private Case ReviewWere you or a loved one harmed by a prescription drug or medical device? Get a free case review.
Connect with: