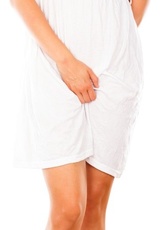 Organ perforation is one of the most serious complications associated with the use of transvaginal mesh. This painful injury occurs when the edge of the mesh device cuts through the vagina and into nearby organs, such as the bowel or bladder. Without medical attention, perforation of these organs, as well as the intestines or blood vessels, can lead to life-threatening consequences.

In 2011, the U.S. Food & Drug Administration (FDA) reported that it had received nearly 4,000 reports of serious vaginal mesh complications associated with pelvic organ prolapse and stress urinary incontinence repair. These reports included numerous cases of transvaginal mesh perforation, including two instances that resulted in the death of a patient. Thousands of women are also pursuing lawsuits against the manufacturers of these devices after allegedly suffering painful and debilitating complications in the wake of their mesh surgery, including organ perforation.

Transvaginal mesh products were brought to market without the benefit of human clinical trials, as they were approved for sale via the FDA’s 510(k) clearance program. This process doe not require human studies so long as a manufacturer can show that a device is substantially equivalent in design to the a previously-approved product. As such, the potential for organ perforation and other complications did not become apparent until transvaginal mesh had been implanted in tens of thousands of women.

In 2008, the FDA warned that it had received roughly 1,000 reports of serious injuries associated with transvaginal mesh products. Just two years later, a second FDA alert revealed that the agency had logged an additional 2,874 reports of mesh complications. The complaints included three deaths among women who had received the implants to repair pelvic organ prolapse. Two of these fatalities were attributed to perforation of the bowel.

Women who have received pelvic mesh implants should be aware of the signs and symptoms typical of organ perforation, including:

As of July 2014, more than 60,000 women had filed lawsuits seeking compensation for transvaginal mesh perforation and other injuries allegedly caused by pelvic mesh devices. Companies named as defendants in these cases include American Medical Systems, Inc., Boston Scientific Corp., C.R. Bard, Inc. and Johnson & Johnson’s Ethicon, Inc. unit. Among other things, plaintiffs claim that these manufacturers failed to adequately test their products to ensure their safety and efficacy, and did not provide adequate warning to doctors and patients regarding the possibility of organ perforation and other injuries.