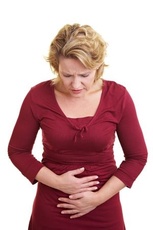 Women who have been injured by pelvic mesh devices used to treat pelvic organ prolapse and stress urinary incontinence may want to consider contacting a transvaginal mesh lawyer to learn more about obtaining compensation for their injuries. Law firms and attorneys around the country are already representing tens of thousands of women who are alleged to have suffered serious complications due to implants manufactured by American Medical Systems, Inc., Boston Scientific, Corp., C.R. Bard, Inc. and Ethicon, Inc. By contacting a vaginal mesh lawyer now, you will be taking an important step toward protecting your legal rights, including your right to recover compensation for your medical bills, lost wages, pain and suffering, emotional distress, and other injury-related damages.

As January 2014, at least 40,000 lawsuits had been filed by women who were allegedly harmed by transvaginal mesh implants. However, surgical mesh lawyers around the country expect filings to continue, with some legal experts stating that claims could eventually surpass the 50,000 mark. All of the lawsuits similarly allege that transvaginal mesh products marketed by a number of companies were defectively designed and manufactured, and caused women to suffer serious complications that changed their lives forever.

The majority of these lawsuits were filed after the FDA issued two warnings regarding the life-altering injuries that may occur following placement of transvaginal mesh. The first, which was issued by the FDA in October 2008, was prompted by more than 1,000 adverse event reports the agency received in just a three year period that detailed these types of complications. A second alert was published by the FDA in June 2011, after the agency received 3,000 additional reports of serious vaginal mesh injuries, including:

In its second alert, the FDA also warned that pelvic mesh did not appear to offer women any additional benefits over traditional prolapse repair, and expressed concern that its use might even expose them to greater risk.

As mesh lawsuits began to mount in courts around the country, a number of consolidated proceedings were established to handle these cases. These include federal multidistrict litigations underway in U.S. District Court, Southern District of West Virginia for claims involving American Medical Systems, Boston Scientific, C.R. Bard, Ethicon, and others. Multicounty litigations have also been established in New Jersey’s Atlantic County Superior court for additional claims filed against Ethicon and C.R. Bard. Transvaginal mesh lawyers nationwide are closely monitoring these proceedings for any developments that might somehow impact their clients’ lawsuits.

If you are interested in pursuing a vaginal mesh lawsuit, an experienced surgical mesh lawyer will be able to help you determine if you have a valid claim, and fully explain the process for filing your own lawsuit. Many of these attorneys are offering potential clients free case evaluations, and are representing plaintiffs on a contingency-fee basis. This means you will not have to pay any legal fees unless your vaginal mesh lawyer is successful in obtaining a recovery on your behalf.