If you heard about the U.S. Food and Drug Administration (FDA)’s public health alert in January 2014 that vowed to investigate the alleged dangers of “Low T” prescription therapies, you may be wondering whether you can file a testosterone lawsuit. The answer may be yes, but you must contact an attorney to find out. Law firms throughout the U.S. are actively monitoring the growing litigation involving men who have filed claims alleging heart attacks, strokes, deep vein thrombosis, pulmonary embolism and other side effects caused by AndroGel and several other medications.

If you were prescribed AndroGel, Testim, Axiron or another product approved to treat abnormally-low levels of testosterone, a condition referred to as hypogonadism, you may be eligible to seek compensation for lost wages, medical expenses and other damages allegedly caused by the cardiovascular injuries you sustained.

Why File an AndroGel Lawsuit?

On January 31, 2014, the FDA announced its impending safety review of dangers allegedly associated with “Low T” testosterone therapies, one of which is now blamed for injuries sustained by AndroGel lawsuit plaintiffs. See below for the full list of medications currently under investigation by the FDA: 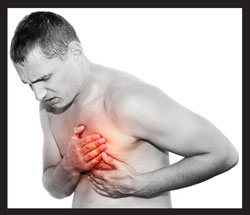 In the case for AndroGel, the makers of this medication promote its popularity amid competitors, and the fact that it includes “the same testosterone” as what is produced by the body. AndroGel 1.62% was the leading topical hormone replacement therapy in September 2012, according to its manufacturer.

Included on the medication’s homepage are the findings of a clinical study that found an 82 percent increase in the number of patients whose testosterone levels returned to normal after taking AndroGel 1.62% for 16 weeks, and 37% of those using a placebo.

274 men with low testosterone levels were included in the research, the homepage indicates, which involved a gel that is clear, odorless, quick-drying and effective in raising low levels of testosterone. Since the U.S. Food and Drug Administration (FDA) issued its public warning about this medication, however, a number of men have come forward to file AndroGel lawsuits and other testosterone claims, thousands of which are now pending in the U.S. District Court, Northern District of Illinois. Plaintiffs in these cases say the use of this and other drugs may lead to strokes, heart attacks and other life-threatening cardiovascular problems.

The FDA completes its testosterone heart review in March 2015, and announces that new warnings will be added to the labels of all low-T therapies regarding a possible association with an increased risk of heart attack and stroke. In addition, the agency expressed concern that the drugs are being used to treat patients who merely suffer from age-related hypogonadism (low testosterone), even though they have never been approved for this use. As such, the drugs’ labels must now clearly state that low-T therapy has never been proven safe and effective for this indication. Read More

In June 2014, the FDA required manufacturers to include a general warning in the labeling of all approved testosterone products about the risk of venous thromboembolism, venous blood clots that include deep vein thrombosis and pulmonary embolism. While the labels had long included warnings regarding the occurrence of venous blood clots in association with polycythemia, the FDA determined that a more general warning was needed due to post-marketing reports of blood clots that had occurred in the absence of the condition. Read More

If you are a man who took one of many “Low T” medications on the market today, you may consider filing a testosterone therapy lawsuit against its manufacturer. Individuals who have already filed claims in the U.S. seek compensation for out-of-pocket medical expenses, lost wages and other damages caused by their alleged injuries. Call the following toll-free number and speak with an attorney for more information:.

Last Modified: January 14, 2016
Private Case ReviewWere you or a loved one harmed by a prescription drug or medical device? Get a free case review.
Connect with: