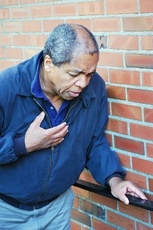 Men who take AndroGel and other low testosterone therapies may be in danger of suffering a testosterone heart attack or stroke, according to recent warnings from federal health regulators. While the link between testosterone drugs and serious cardiovascular problems has not been confirmed, the U.S. Foo d & Drug Administration (FDA) is reviewing the safety of these medications following the publication of studies that indicated testosterone therapy may increase the risk that certain patients will experience a heart attack, stroke or sudden death by as much as a third.

The potential for testosterone strokes and heart attacks associated with AndroGel and similar drugs has also prompted a wave of legal filings on behalf of men who were allegedly injured by low testosterone therapy. Some legal experts believe that thousands of such filings are likely, considering the popularity of these medications.

Testosterone therapy, also known as low T therapy, was originally intended to treat men who suffer from hypogonadism as a result of an associated medical condition. Drugs in this class, which may be formulated as gels, injections, or patches, include:

Even though these drugs are not approved to treat age-related hypogonadism, a growing number of testosterone heart attack lawsuits claim that their manufacturers marketed the products for this very purpose. They further allege that these marketing tactics positioned low T therapies as remedies for low sex drive, weaker bone density, diminishing muscle mass, and other age-related symptoms, and that many men who used the medications had no medical reason to do so.

In January 2014, the FDA announced it was investigating the potential for testosterone strokes, heart attacks, and sudden death among men who used low T therapies. The FDA’s concern was prompted by two studies that suggested these medications might raise heart risks in certain men. These studies included research published in the November 2013 issue of the Journal of the American Medical Association that suggested a 30 percent increased risk of stroke, heart attack, and death in older men that had been prescribed testosterone therapy.

The second study, which appeared in PLoS One in January 2014, reported a two-fold increase in the risk of heart attack among men aged 65 years and older within the first 90 days of their first testosterone therapy prescription. Men under 65 with a pre-existing history of heart disease had a two- to three-fold increased risk of testosterone heart attack within the first 90 days.

Since the FDA issued its alert, dozens of men have filed lawsuits over testosterone strokes and heart attacks that were allegedly caused by AndroGel and other low T therapies. A number of these lawsuits also claim that the medications can cause deep vein thrombosis, pulmonary embolism, heart failure and cardiac death. The complaints seek compensation for medical bills, lost wages, pain and suffering, and other damages that resulted from plaintiffs’ alleged injuries.

There is still time for the alleged victims of testosterone heart attacks, strokes and other cardiovascular injuries to file their own lawsuits against the manufacturers of low T therapies. To learn more about this growing litigation, please contact our attorneys today, by calling.