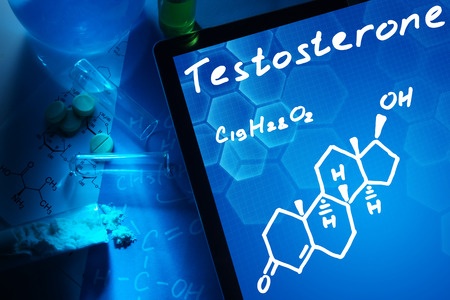 Men who use AndroGel, especially those over the age of 65, may be more likely to experience a potentially-deadly heart attack or stroke compared to men who do not use prescription low-testosterone treatments. In March 2015, the U.S. Food & Drug Administration (FDA) decided that the labels for AndroGel and all other low-T therapy drugs should include warnings about these potentially deadly cardiovascular side effects.

Did You Experience an AndroGel Heart Attack? Consider Filing a Lawsuit.

Men who allegedly suffered an AndroGel-related heart attack could be entitled to compensation for their injury-related medical bills, lost wages, emotional distress, and pain and suffering. If you would like to learn more about filing an AndroGel lawsuit, please contact Bernstein Liebhard LLP at (888) 994-5118.

AndroGel and other low-T therapies are only approved to treat hypogonadism related to an underlying medical condition. In 2013, the FDA reported that more than 2 million men had been prescribed a testosterone drug. Yet in a quarter of the cases, there was no evidence that testosterone levels were checked first. Thousands of men who allegedly suffered AndroGel heart attacks and strokes have accused AbbVie of marketing the medication as a “fountain of youth” which could lessen the effects of age-related hypogonadism. As such, they charge that untold numbers of patients received prescriptions for AndroGel and other testosterone treatments, even though they had no medical need for the medications. Read More

In January 2014, the FDA announced that it was investigating cardiovascular side effects potentially associated with AndroGel and other low-T therapies. The review was prompted by two recently-published studies that had reported disturbing findings:

The FDA completed its review in March 2015, and ordered that new heart attack and stroke warnings be included on the labels for AndroGel and other prescription testosterone treatments. The agency also ordered the drugs’ manufacturers to revise the labeling to clearly state that low-T therapy hasn’t been proven safe and effective in treating age-related hypogonadism. Read More

What is a Heart Attack?

A heart attack, or myocardial infarction, occurs when the flow of oxygen-rich blood to a section of heart muscle suddenly becomes blocked. The section of the heart that is affected will die if blood flow is not restored.

Symptoms of a heart attack may include:

Bernstein Liebhard LLP is currently representing a number of men who suffered life-threatening cardiovascular complications allegedly related to the use of low-T therapy. If you would like to learn more about filing an AndroGel heart attack lawsuit, please call (888) 994-5118 to arrange for a free review of your case.