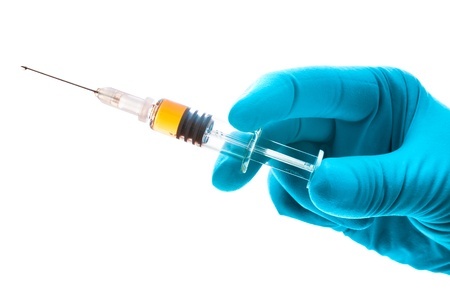 Aveed, a testosterone injection marketed by Endo Pharmaceuticals, was approved for sale in the U.S. amid controversy. Recent studies indicate that Aveed and other testosterone treatments may increase the risk that a man will suffer a serious heart attack, stroke or blood clot. Aveed has also been tied to anaphylaxis, as well as pulmonary oil microembolism (POME), a dangerous condition that causes blockage of the pulmonary blood vessels.

Aveed is an intramuscular injection of testosterone and castor oil. The drug is indicated for testosterone replacement therapy in adult males for conditions associated with a deficiency or absence of endogenous testosterone, including:

Like other prescription testosterone products, the safety and efficacy of Aveed in men with “age-related hypogonadism” have not been established. The prescribing information for Aveed also cautions that the medication should only be used in patients who require testosterone replacement therapy and in whom the benefits of the product outweigh the serious risks of pulmonary oil microembolism and anaphylaxis

The U.S. Food & Drug Administration (FDA) approved Aveed in March 2014. Before it was cleared for sale in the U.S., the FDA had actually rejected approval of the drug on three occasions. In February 2014, Public Citizen filed a petition with the FDA asking that it add a black box warning about the increased risks of heart attacks and other cardiovascular dangers to the product labels of all testosterone-containing drugs available in the U.S. The consumer advocacy group also asked the FDA to once more delay approving Aveed, asserting that “its approval, absent the new black box warning, would cause further cardiovascular damage to new users.”

In approving Aveed, the FDA required that its label include a black box warning regarding the risks of pulmonary-oil microembolism and anaphylaxis. The agency also stipulated that Aveed would be available only through a restricted distribution program known as a risk evaluation and mitigation strategy (REMS) to ensure that it is used only in men for whom the benefits outweigh the risks.

In recent years, a number of studies and warnings have highlighted the cardiovascular risks potentially associated with low-T treatments:

Legal Help for Those Harmed by Aveed

If you or a man you care about suffered a heart attack, stroke or dangerous blood clot while using Aveed, now is the time to ensure your legal rights are protected. To learn more about the growing testosterone litigation, please call (888) 994-5118.