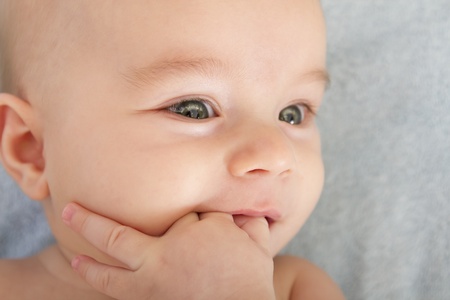 Personal injury lawsuits are now being investigated on behalf of children who were allegedly injured by homeopathic teething remedies. Should this emerging litigation result in a teething tablet settlement, plaintiffs may be able to collect significant compensation for medical bills and other damages related to their injuries.

The attorneys at Bernstein Liebhard LLP are now evaluating personal injury claims related to homeopathic teething tablets and gels. To discuss filing a case or learn more about the potential for a teething tablet settlement, please call (888) 994-5118 today.

Though touted as safe, effective and natural remedies, federal health regulators have warned consumers not to use homeopathic medications to treat teething pain in infants and children. The warning came in September 2016, after a U.S. Food & Drug Administration (FDA) review tied homeopathic teething tablets and gels to 10 infant deaths and hundreds of serious injuries.

Homeopathic teething tablets often contain belladonna, a plant known for its sedative effects. However, exposure to too much belladonna can prove toxic. Many of the teething tablet injury reports reviewed by the FDA were indicative of belladonna poisoning.

In November 2016, Raritan Pharmaceuticals voluntarily recalled some homeopathic medications, including teething pain remedies, after they were found to contain inconsistent amounts of belladonna. However, no adverse events were reported in relation to those products.

In January 2017, the FDA issued a warning specific to Hyland’s teething tablets, after inconsistent belladonna levels were also found in those products.

“The body’s response to belladonna in children under two years of age is unpredictable and puts them at unnecessary risk,” Janet Woodcock, M.D., director of the FDA’s Center for Drug Evaluation and Research, said in a statement. ”We recommend that parents and caregivers not give these homeopathic teething tablets to children and seek advice from their health care professional for safe alternatives.”

The previous October, Hyland’s had announced it would stop selling homeopathic teething products in the U.S. However, as no recall was issued at that time, the medications remained in many homes and in some stores. Hyland’s parent company did not agree to issue a teething tablet recall until April 2017.

How Can a Teething Tablet Settlement Help?

If a teething tablet lawsuit ends in a settlement, injured victims and their families may be able to collect payment for:

If you would like to speak with an attorney about your chances for a teething tablet settlement, please contact Bernstein Liebhard LLP at (888) 994-5118.