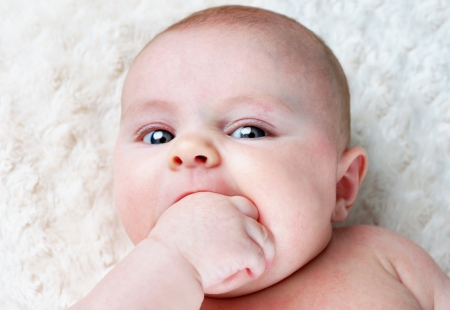 Teething tablet class action lawsuits are now being filed on behalf of children and families who sustained damages due to allegedly toxic homeopathic teething remedies. However, individual personal injuries claims may be a better choice for those who suffered seizures, wrongful death and other serious adverse events following ingestion of these products.

The attorneys at Bernstein Liebhard LLP are investigating legal claims related to homeopathic teething remedies. If your child was harmed by one of these products, our legal team can help determine if a teething tablet class action or individual lawsuit would best serve your family’s interests. To learn more, please contact our office by calling (888) 994-5118.

Homeopathic teething remedies are marketed as a natural way to relieve teething pain in infants and children. However, many of the products contain belladonna (aka deadly nightshade) as an active ingredient. Belladonna is often used in homeopathic medications for its sedative effects. However, excessive amounts can prove toxic, leading to seizures and death. Symptoms of belladonna poisoning include:

In September 2016, the U.S. Food & Drug Administration (FDA) advised consumers not to use homeopathic teething remedies after such products were linked to 10 infant deaths and hundreds of adverse events, including seizures. Many of the adverse events were typical of belladonna poisoning.

The FDA’s announcement prompted some retailers to remove homeopathic teething remedies from their store shelves. While Hyland’s did suspend sales of its products in the U.S., the company chose not to issue a recall at that time.

How Would a Teething Tablet Class Action Work?

In a teething tablet class action, a single plaintiff would file a lawsuit on behalf of a larger group, or “class”, composed of other individuals who are also alleging near-identical damages due to the same product. The lead plaintiff, known as the “class representative,” is given control over many important aspects of the case, including choice of attorney and whether or not to settle the claim. Any funds recovered as part of a class action settlement would be shared equally among class members. However, the class representative would receive a larger share to compensate for their more extensive role in the case.

Compensation in a teething tablet class action lawsuit might consist of refunds or rebates to reimburse consumers for purchasing these products.  Children who were actually harmed by homeopathic teething remedies likely suffered a wide range of injuries, including seizures and deaths. It’s unlikely that compensation from a class action settlement will cover their medical bills and other injury-related damages. In such a case, fair compensation can only be obtained by filing an individual teething tablet lawsuit.

Discuss Your Legal Options with an Attorney

The attorneys at Bernstein Liebhard LLP are offering free legal reviews to families of children harmed by homeopathic teething tablets. Please call (888) 994-5118 to discuss your case with a member of our legal team today.