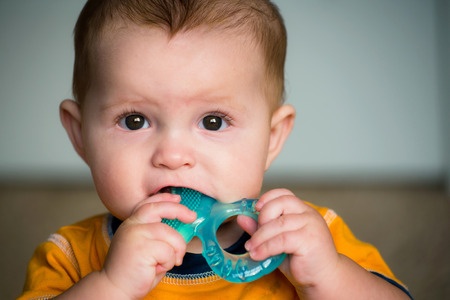 Homeopathic teething tablets and gels manufactured by Hyland’s and others have long been touted as a safe, natural and effective way to relieve an infant’s teething pain. In September 2016, however, the U.S. Food & Drug Administration (FDA) warned parents not to use these products, after they were linked to hundreds of adverse events, including 10 infant deaths.

Homeopathic medicines are based on the idea that the substances which cause symptoms of an illness can actually provide relief when taken in highly diluted doses. This notion has been around since the 18th century, but is unsupported by science. Regardless, the market for homeopathic and herbal medicines is quite lucrative, generating retail sales of $6.4 billion in the U.S. in 2012.

Homeopathic teething gels and tablets are sold under several brand names, including Hyland’s, Baby Orajel Naturals and others. Belladonna, a primary ingredient in many of these products, is toxic when ingested in large doses. Symptoms of belladonna toxicity include:

In 2010, the FDA issued a safety alert for Hyland’s Teething Tablets, after those products were found to contain “inconsistent” amounts of belladonna. The agency also revealed that it had received a number of adverse event reports involving the tablets that were consistent with belladonna toxicity. An ongoing FDA inspection also revealed substandard control of the manufacturing operation.

At the time, Hyland’s agreed to issue a teething tablet recall for those products, and voluntarily pulled them from the market. However, Hyland’s returned the medicines to store shelves after it had   reformulated the products to reduce the amount of belladonna.

On September 30, 2016, the FDA warned parents and caregivers that homeopathic teething gels and pills could pose a serious risk to their infants. Two weeks later, various media outlets reported that the agency was investigating 400 adverse events, including 10 infant deaths, potentially associated with their use.  A subsequent statement from the FDA noted that “the relationship of these deaths to the homeopathic teething products has not yet been determined and is currently under review.”

In a statement to CNN, Hyland’s maintained that it had “not been made aware of any medical or statistical evidence to support a causal link between homeopathic teething tablets and adverse outcomes at this point.” However, the company announced on October 11th that it would discontinue U.S. sales of its homeopathic teething products, due to “confusion among parents and limited access to the medicines” created by the FDA’s warning.

In November 2016, Raritan Pharmaceuticals announced a pecautionary recall for the following homeopathic products:

Tests had indicated that the recalled products might contained inconsistent amounts of belladonna, which can prove toxic in large mounts. However, no injuries have been linked to the Raritan recall. Read More