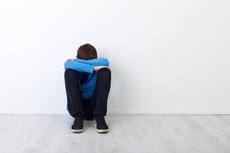 SSRRI’s (selective serotonin reuptake inhibitors) are a class of antidepressant medications that alter the amount of serotonin in the brain. This neurotransmitter is known to play a role in mood-balancing. Today, these medications are among the most commonly prescribed drugs in the U.S.

What are SSRI Antidepressants?

SSR’s are known as third-generation antidepressants, and are said to carry fewer risks than older drugs. The first SSRI, Prozac, was brought to market in 1987. Since then, a number of additional SSRI antidepressants have been approved by the U.S. Food & Drug Administration (FDA), including:

By 2005, SSRIs were the most-commonly prescribed drug sin the country. They are widely used to treat depression, anxiety disorders, panic attacks and personality disorders.

As a class, SSRI antidepressants may be associated with the following side effects:

Suddenly stopping treatment with an SSRI may produce symptoms of withdrawal, including: nausea, headache, dizziness, lethargy and flu-like symptoms.

The labeling for SSRI antidepressants include a “Black Box Warning” – the strongest possible safety notice for a prescription drug – indicating that the medications may increase the risk of suicidal thinking and behavior in some children, adolescents, and young adults (ages 18 to 24) with major depressive disorder.

The FDA classifies most SSRIs in Pregnancy Category C, which indicates that the drugs may not be safe for use during pregnancy. However, Paxil is designated Category D, as it has been linked to heart defects or serious, life-threatening lung problems in newborn babies exposed to the medication in-utero.

In 2006, the FDA issued a Public Health Advisory regarding a potential link between the use of SSRIs and persistent pulmonary hypertension of the newborn (PPHN), a potentially-deadly birth defect that affects a baby’s heart and lungs. However, in  a 2011 update, the agency said that any conclusions regarding a link between PPHN and SSRs would be premature, as different studies had produced conflicting findings.

Studies have also suggested that the use of certain SSRIs during pregnancy may increase the risk for other birth defects, including:

In January 2016, a study published in JAMA: Pediatrics suggested that maternal use of SSRIs and other antidepressants in the 2nd and 3rd trimesters of pregnancy greatly increased the risk that a child would have autism spectrum disorder. The research looked 145,456 children born in Quebec between January 1, 1998 and December 31, 2009. In total, 1,054 children were diagnosed with autism, with boys outnumbering girls by a ratio of about 4:1.

Of the 2,532 children whose mothers took any type of antidepressant during their last two trimesters, 31 were diagnosed with autism (1.2 percent). This translates into an 87% increased risk for the disorder.

Children exposed to SSRIs during the last two trimesters appeared to face even greater danger. Of the 1,583 children included in this group, 22 were diagnosed with autism (about 1.4 percent). According to the study authors, pre-natal exposure to SSRIs increased the risk for autism by 117%.