As people in the U.S. continue to report side effects of certain drugs and medical devices on today’s market, one may wonder how regulators allow these products to remain for sale. Side effects of these products may be merely uncomfortable and only minor aches and pains, while others are more serious. It is up to the U.S. Food and Drug Administration (FDA) to decide whether the costs associated with these products outweigh the benefits. 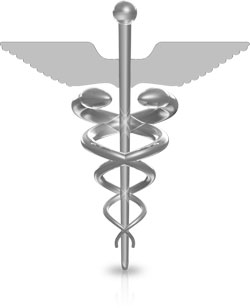 By the second quarter of 2012, statistics posted on the federal agency’s website indicate that 457,189 adverse event reports had been entered into the FDA Adverse Event Reporting System (FAERS). These reports mention a number of medical products and devices that may have resulted in life-threatening injuries.

Many of today’s drugs may cause serious side effects that may result in the FDA’s addition of a Black Box Warning label. This notice advises patients taking the product to be aware of its dangers, which may be life-threatening.

A number of widely-used prescription drugs and medical devices have been tied to cancer diagnoses and other problems that may turn fatal. In the case for a Type 2 diabetes drug class known as incretin mimetics, many patients have come forward alleging new-onset pancreatitis, pancreatic cancer and thyroid cancer after use of Byetta and Januvia, as well as other medications.

Men taking certain testosterone-raising therapies may also be at an increased risk for heart attacks, strokes, and other cardiovascular problems that may be life-threatening. In April 2014, the FDA warned of the possibility that use of a power morcellator may disseminate uterine cancer cells in minimally-invasive laparoscopic and gynecologic surgeries. The spread of these cancers may diminish a woman’s chances of long-term survival, according to the FDA alert.

The risk for physical debilitation has been noted in numerous complaints and product liability lawsuits filed by women in the U.S.   Women who received a transvaginal mesh implant to repair pelvic organ prolapse (POP) and stress urinary incontinence (SUI) for example, have alleged chronic pain, damages to their sex lives, infection and other injuries that have severely reduced their overall quality of life.

Conversely, patients who opted for the Mirena IUD as their method of birth control have alleged other bodily damages stemming from the implant’s potential to perforate the uterus, and cause ectopic pregnancy, scarring and adhesions, organ damage and even infertility, to name a few. Many women claim in their FDA reports that injuries caused by the above medical devices are permanent.

The risk for stroke, heart attack and other serious heart injuries has come under fire recently, by way of a FDA recall two years ago that affected two medications used in dialysis. The medications, known as GranuFlo and NaturaLyte, were involved in a Class I recall by the federal agency in June 2012, who classified these risks as serious, and potentially life-threatening.

Men taking one of several “Low T” medications designed to raise testosterone levels have also been associated with an increased risk of strokes and other heart problems. An FDA alert in January mentioned research that tied use of the drugs to problems in younger men with a history of heart problems, and all older men.

All other Side Effects

Patients exposed to several of the above medications and medical devices have also complained of dizziness, nausea, muscle pain and other less severe side effects. As these problems may lead to more serious health issues, it is imperative that you contact your doctor immediately if any symptoms out of the ordinary were experienced following use of a new medication.