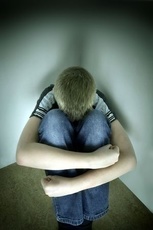 Johnson & Johnson and its Janssen Pharmaceuticals unit have faced mounting lawsuits over Risperdal and its potential to cause gynecomastia, a condition marked by excessive male breast growth. While Risperdal settlements and verdicts have been reported in some cases, hundreds of lawsuits remain to be adjudicated.

Filing a Risperdal Lawsuit Can Help

If you or someone you care about developed gynecomastia while using Risperdal, filing a lawsuit against the drug’s manufacturers may allow you to obtain compensation for the cost of corrective surgery and any related damages. Bernstein Liebhard LLP is already representing a number of Risperdal plaintiffs, and our attorneys are offering free legal reviews to anyone who may have been harmed by this drug. To learn more, please contact our legal staff by calling (888) 994-5118.

Hundred of Risperdal cases have been filed over the drug’s association with male breast development in a mass tort litigation currently underway in Pennsylvania’s Philadelphia Court of Common Pleas. Verdicts and settlement have been reached in some of these lawsuits.

In 2013, Johnson & Johnson and Janssen agreed to pay $2.2 billion in a settlement with the U.S. Department of Justice (DOJ) in order to resolve charges that it had improperly marketed a number of medications, including Risperdal. The accord was the third-largest pharmaceutical settlement in United States history.

“The conduct at issue in this case jeopardized the health and safety of patients and damaged the public trust,” Attorney General Eric Holder said in a statement.  “This multibillion-dollar resolution demonstrates the Justice Department’s firm commitment to preventing and combating all forms of health care fraud.  And it proves our determination to hold accountable any corporation that breaks the law and enriches its bottom line at the expense of the American people.

Last Modified: July 13, 2016
Private Case ReviewWere you or a loved one harmed by a prescription drug or medical device? Get a free case review.
Connect with: