Following a growing body of evidence that ties a popular Johnson & Johnson medication to gynecomastia, a condition referring to male breast growth, an increasing number of Risperdal lawsuit claims alleging this complication have been filed in courts throughout the U.S. 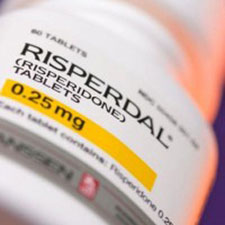 Risperdal is an atypical antipsychotic drug approved to treat bipolar disorder and schizophrenia in adults and adolescents between the ages of 10 and 17, among other disorders. Despite the fact that this medication was not approved for pediatric uses by the U.S. Food and Drug Administration (FDA) until 2006, court documents show that several Risperdal gynecomastia lawsuit filings involve young boys who allegedly developed the condition

Like other medications of its kind, Risperdal targets dopamine and serotonin receptors in the brain, and is also approved to treat irritability in children ages 5-to-16 with autism. Research suggests that it is also frequently prescribed off-label for uses not approved by the FDA however, including the treatment of ADHD. Since its FDA approval in 1993, Johnson & Johnson and its subsidiary, Janssen Pharmaceuticals have made billions of dollars in Risperdal sales.

On July 1, 2016, a Pennsylvania jury ordered Johnson & Johnson and Janssen Pharmaceuticals to pay $70 million to a teenager who developed female-like breasts while using Risperdal. Court records indicate that the verdict is the largest awarded so far to a gynecomastia plaintiff in the  mass tort program now underway in the Philadelphia Court of Common Pleas. Following two weeks of testimony, the jury unanimously found that the drug’s manufacturers failed to provide adequate warnings regarding the association between Risperdal and gynecomastia.The Panel also ruled that the defendants “intentionally falsified, destroyed or concealed records containing material evidence.” Read More

On July 11th, Janssen filed a brief in the Philadelphia Court of Common Pleas, asking the Court to overturn the verdict, asserting that the $70 million compensatory damage award “defies rational belief and cannot stand.” However, the trial judge subsequently rejected the company’s pretrial motions, allowing the verdict to stand. Janssen has promised to appeal. Read More

Court documents indicate that hundreds of cases are now pending in a consolidated Risperdal lawsuit litigation underway in the Philadelphia Court of Common Pleas, many of which alleging gynecomastia complications. According to a 2006 study in the Journal of Clinical Pharmacology, this side effect may be caused by the drug’s potential to cause elevated levels of prolactin, a hormone associated with lactation in nursing mothers and female breast development in young girls. Some lawsuits over Risperdal, which is also known as Risperidone in its generic version, allege male breasts as large as D cups, and point to the findings of research published in a 2009 issue of the Journal of Child and Adolescent Psychopharmacology suggesting that elevated prolactin levels may last up to two years.

In the worst-case scenario, mastectomy and liposuction procedures may be necessary to correct this painful and embarrassing condition.

If you have experienced swelling, pain, tenderness in the breast, or any nipple discharge, you may be eligible to file a Risperidone lawsuit, as these may be signs of gynecomastia. If you would like a free case review and would like to speak to an attorney, please contact us now to go over your potential claim.

Claims against Johnson & Johnson similarly allege that doctors and patients were not properly warned about Risperdal’s potential to cause male breast growth and other side effects, which may also include diabetes and movement disorders.

As the dust settles on a settlement agreement reached in November 2013 between Johnson & Johnson and the U.S. Department of Justice, it is unclear how the litigation will be impacted. The agreement, which involved accusations from the federal government that the medication was promoted for uses not approved by the FDA, resulted in Johnson & Johnson paying $2.5 billion in criminal and civil penalties brought against them. Among the claims included in this settlement, the company marketed Risperdal to elderly patients with dementia and in children, before it was approved for pediatric uses in 2006.

Recent findings from the highly-revered consumer watchdog group, Consumer Reports, may also influence claims against Johnson & Johnson. Published in December 2013, an investigation revealed that Risperdal and other anti-psychotic medications have been used more frequently in children over the past 10 to 15 years, for which they have been increasingly prescribed to treat behavioral problems. The report goes on to raise concerns about the negative affect this may have on children in the future.