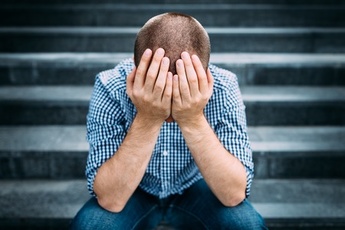 Hundreds of Riperdal gynecomastia lawsuits have been filed in U.S. courts on behalf of men and boys who allegedly experienced excessive breast growth related to use of the atypical antipsychotic medication. Plaintiffs claim that Johnson & Johnson and its Janssen Pharmaceuticals unit concealed the link between Risperdal and gynecomastia from patients and doctors, and failed to provide the public with adequate warnings. Many of the plaintiffs in Risperdal lawsuits began taking the drug as boys, and allege that the medication was  improperly promoted for off-label use in children.

The nationwide law firm of Bernstein Liebhard LLP is currently representing plaintiffs who allegedly developed gynecomastia due to their use of Risperdal. If you are considering filing a similar Risperdal lawsuit, please contact our office at (888) 994-5118 to obtain a free, no-obligation review of your case.

Risperdal (risperidone) is an atypical antipsychotic currently approved to treat adult and adolescent schizophrenia, bipolar disorder in adults and children ages 10-to-17, and irritability in children (5-to-16 years of age) with autistic disorder. The drug was brought to market by Johnson & Johnson’s Janssen Pharmaceuticals unit in the 1990s, but its current pediatric indications were not approved until 2006.

Gynecomastia occurs when a man or boy develops female-like breasts. Symptoms of the condition include:

Some Risperdal gynecomastia plaintiffs are alleged to have developed breasts as large as a 44 DD cup. Many have undergone liposuction and even mastectomy to remove excess breast tissue.

In recent years, a number of studies have suggested that Risperdal may be associated with the development of gynecomastia in men and boys.

Should I File a Risperdal Lawsuit?

Filing a Risperdal lawsuit may enable individuals who allegedly suffered gynecomastia related to it use to obtain compensation for medical bills, lost wages, and other damages. If you would like to learn more, please call (888) 994-5118 to discuss your case with a member of our legal staff.