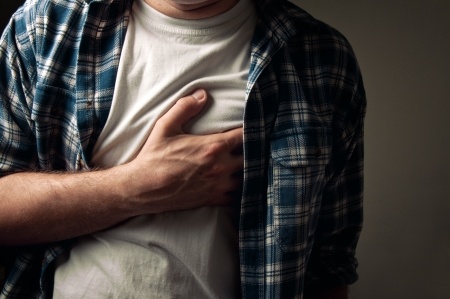 Prilosec, the first of a class of heartburn drugs called Proton Pump Inhibitors (PPIs) is now available in both prescription and over-the –counter formulations. In recent years, some studies have linked PPIs like Prilosec to serious complications, including heart attacks and Chronic Kidney Disease.

Prilosec (omeprazole) was brought to market in 1988 by AstraZeneca. The medication works by blocking the proton pumps which release acid into the stomach. It is currently indicated for:

In 2001, AstraZeneca recorded sales of $6.1 billion from Prilosec. Prilosec OTC, an over-the-counter version of the medication, was approved in 2003. By 2013, sales of Prilosec OTC were nearly $400 million.

Patients using Prilosec should contact their doctor if any of the following occur:

June 2016: In the wake of a number of fatalities, the FDA has  has issued a warning regarding a potentially deadly drug combo consisting of Imodium (loperamide) and Prilosec. The proton pump inhibitor is one of several medications that opioid addicts have used in conjunction with Imodium to deal with opiate withdrawal.  Prilosec drastically reduces the amount of Imodium, needed to produce a heroin-like high. Read More

Prilosec overdose is a medical emergency that needs immediate attention. Symptoms include:

New research  suggests that extended use of  proton pump inhibitors like Prilosec may accelerate aging of blood vessels. According to a study published in Circulation Research in May 2016, this could explain the possible association between the drugs and certain serious complications, including heart attacks and kidney failure. Read More

Women May Be Able to Reduce Prilosec Dose

A study published in May 2016 suggested that women who used Prilosec  and similar heartburn drugs may be able to lower their dose. Published in the  Journal of Clinical Gastroenterology, the study involved around 100 patients, half male and half female, who were taking proton pump inhibitors for  erosive esophagitis. During the experiment, half took a lower dose for  8 weeks. According to the authors of the report, women were three times more likely to tolerate the lower dosage compared to men. Read More

In 2016, a study involving 10,500 patients who used PPIs between 1996 and 2015 suggested those who used the drugs twice a day were 46% more likely to develop CKD. Those who used a PPI once per day had a 15% higher risk. The research appeared in JAMA: Internal Medicine.

In June 2015, researcher published in PLOS One linked the use of PPIs to an increased risk of heart attack. According to the paper, two studies that encompassed medical records from 2.9 million patients found that those who used PPIs faced and a 16 to 21% increased risk of having a heart attack. The research was notable because it involved patients from the “general population,” rather than those who already had a history of heart disease.

Could Prilosec be Associated with Dementia?

A study published in the JAMA Neurology on April 2016 suggested that regular use of proton pump inhibitors might increase a senior’s risk of dementia by 44%. The popular heartburn drugs are known to affect levels of two proteins that play a role in Alzheimer’s disease, amyloid beta and tau. Medications like Prilosec have also been tied to B12 deficiency, which can lead to cognitive declines. Read More

Last Modified: July 27, 2016
Private Case ReviewWere you or a loved one harmed by a prescription drug or medical device? Get a free case review.
Connect with: