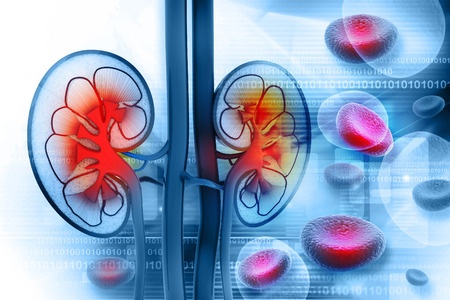 It was already known that PrevAcid  and similar heartburn drugs may  cause acute kidney damage in people with pre-existing renal (kidney) disease. Now new studies suggest that long-term use of proton pump inhibitors, including PrevAcid,  might be associated with renal failure and chronic kidney disease in previously healthy patients.

The nationwide law firm of Bernstein Liebhard LLP is now offering free legal reviews to PrevAcid users who were diagnosed with serious kidney complications, including renal failure and chronic kidney disease. If you think you or a loved might be eligible to file a PrevAcid lawsuit, please call (888) 994-5118 to get in touch with our legal team today.

In recent years, the kidney side effects potentially associated with the use of PrevAcid and other proton pump inhibitors have raised concern:

The reduction of gastric acid that occurs with proton pump inhibitors can inhibit the body’s ability to absorb magnesium, which plays an important role in renal function. A deficiency of this mineral could result in kidney damage. Repeated bouts of inflammation can also harm the kidneys over time. In fact, roughly 50% patients who experience acute interstitial nephritis will develop kidney failure. Iti is also estimated that  15% of hospitalizations for renal failure are the result of nephritis.

Bernstein Liebhard LLP offers free legal reviews to individuals who may have suffered serious kidney damage, including renal failure and chronic kidney disease, due to their use of PrevAcid. To schedule your review, please call (888) 994-5118.