A surgical tool allegedly associated with the upstaging of uterine cancer has prompted a rising number of women to seek the aid of a power morcellator lawyer who can file a case on their behalf.

According to claims that allege the spread of uterine sarcoma and other cancers, a practice known as uterine morcellation is dangerous, and can severely decrease a woman’s chances of long-term survival. 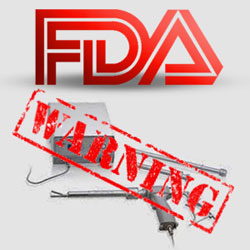 Morcellator lawyers allege that the bladed device, which is used in laparoscopic hysterectomy and fibroid removal surgeries to cut up uterine tissue in minimally-invasive surgeries, can inadvertently spread previously undiagnosed cancer cells throughout the peritoneal cavity. Attorneys further accuse morcellator manufacturers of failing to adequately warn about their products’ association with fatal or near-fatal injuries caused by the spread of previously undiagnosed cancer cells.

On April 17, 2014, the U.S. Food and Drug Administration (FDA) warned about this risk, and included a statistic that approximately 1 in every 350 women undergoing fibroid removal surgery may have undetected uterine sarcoma. This type of cancer is rare and can usually only be diagnosed via a biopsy after fibroids are removed, according to the FDA, making its potential to spread that much more dangerous. Doctors in the U.S. were discouraged at this time from using power morcellators in minimally-invasive gynecologic and laparoscopic procedures.

The first power morcellators were approved in 1995 via the FDA’s 510(k) process, which allows a product to bypass rigorous safety testing in order to receive market approval. More than two dozen power morcellators have been launched since then by companies including the Johnson & Johnson subsidiary, Ethicon Inc. as well as Blue Endo and LiNa Medical. Following the FDA warning about power morcellators in April 2014, Ethicon announced that it would cease sales of its power morcellators pending further guidance from regulators.

The federal agency also announced in its April alert that a meeting with its Obstetrics & Gynecology Devices advisory panel would convene in July to discuss recommendations regarding the use of power morcellators. In the meantime, several hospitals in the U.S. suspended use of the devices in hysterectomy and fibroid removal surgeries.

Concerns about the use of power morcellators began to grow even before the FDA’s alert in April, though. Two months earlier, a claim was filed by a morcellation lawyer who alleged that his client died because of a surgical tool that was used in her hysterectomy. The patient in this case, which was filed in February in the U.S. District Court, Eastern District of Pennsylvania, was a 53-year old woman who died of uterine cancer less than a year after her procedure.

A similar case was filed on May 1, 2014 in the U.S. District Court, Western District of New York on behalf of a woman whose leiomyosarcoma spread to her abdominal cavity, according to court documents, which also indicate that an Wolf Power Morcellator was blamed for injuries allegedly sustained by a woman whose uterine cancer cells spread throughout her peritoneal cavity in the U.S. District Court, Northern District of California. This case was filed on May 13th.

Why Call a Hysterectomy Cancer Lawyer?

Hysterectomy cancer lawsuits filed in the U.S. seek compensation for the following damages: