Marketed by AstraZeneca, Onglyza (saxagliptin) is indicated to lower blood sugar in adults with Type 2 diabetes. AstraZeneca also markets Kombiglyze XR, a combination of saxagliptin and metformin. Both drugs are DPP-4 inhibitors and belong to a class of diabetes medications called incretin mimetics. They work by increasing the amount of insulin produced by the pancreas after meals.

Onglyza was approved by the U.S. Food & Drug Administration (FDA) in July 2009, while Kombiglyze XR was cleared for sale in November 2010. The drugs’ most common side effects include upper respiratory tract infection, urinary tract infection, and headache. 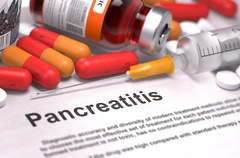 Onglyza and Kombiglyze XR should not be taken by people who have diabetic ketoacidosis, and the medications are not approved to treat Type 1 diabetes. It is not know whether or not the drugs increase the risk of pancreatitis in people with a history of the disorder. Individuals being considered for Onglyza or Kombiglyze XR therapy should tell their doctors if they have kidney problems, are pregnant or plan to become pregnant, or are currently breast feeding or plan to breast feed.

Saxagliptin should not be taken by patients who are allergic to the medication. Symptoms of an allergic reaction may include:

Patients should inform their doctors of any prescription or over-the counter medications they are taking, as well as any vitamins or dietary supplements.

Since its 2009 approval, a few safety issues have emerged involving Onglzya. In November 2011, information about a possible association between Onglyza and pancreatitis was added to the drug’s label, after the FDA became aware of patients who had developed acute pancreatitis while using the medication. Pancreatitis is a dangerous inflammation of the pancreas that presents with the following symptoms:

In 2013, the U.S. FDA announced that it would be reviewing the entire incretin mimetic class after one study linked the Type 2 diabetes drugs to precancerous changes in the cells of the pancreas. While the agency has so far been unable to conclude that the drugs may cause pancreatic cancer, its review is ongoing.

In February 2014, the FDA announced that it was reviewing a potential link between Onglyza and heart failure, after a large clinical trial suggested that patients taking saxagliptin were 27% more likely to be hospitalized as a result of this complication. In April of the following year, a group of medical experts advising the FDA overwhelming recommended that information regarding this potential risk be added to the labels of Onglyza and Kombiglyze XR. While the FDA is not required to follow the recommendations of its advisory panels, it usually does so. Read More

The FDA completed its review about a year after the advisory panel meeting, and issued a new communication on April 5, 2016. According to the alert,  new Warnings and Precautions regarding a potnetial assocition with heart failure  have been added to the labels of all saxagliptin and alogliptin-containing medicines, including Onglyza. Read More

In September 2015, the FDA issues a Drug Safety Communication regarding the potential for DPP4-inhibitors to cause severe joint pain. A new Warning and Precaution regarding this potential risk has been added to the labels for Onglyza and other drugs in this class. According to the alert, the FDA had identified 33 cases of severe arthralgia reported with the use of DPP-4 inhibitors from October 16, 2006, through December 31, 2013. Five of these reports involved saxagliptin. Read More

Last Modified: April 7, 2016
Private Case ReviewWere you or a loved one harmed by a prescription drug or medical device? Get a free case review.
Connect with: