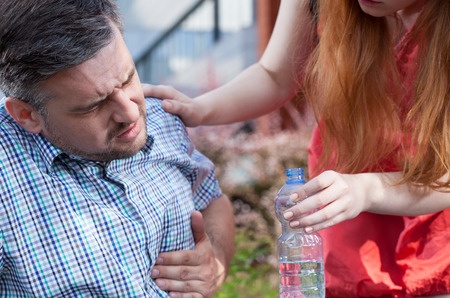 Nexium, a proton pump inhibitor (PPI) used to treat GERD and other gastrointestinal issues, has been linked with a number of serious complications, including heart attacks and kidney problems. Nexium lawsuits are now being investigated on behalf of individuals who were allegedly harmed by this medication.

Bernstein Liebhard LLP is now offering free legal reviews to individuals who may have experienced complications allegedly linked to Nexium, including heart attacks, nephritis, and chronic kidney disease. To learn if you might be eligible to file a Nexium lawsuit, please contact Bernstein Liebhard LLP at (888) 994-5118 to learn more about your available legal options.

August 2016: Bernstein Liebhard LLP has filed a Nexium lawsuit on behalf of an Illinois resident who allegedly developed kidney disease due to his use of the “little purple pill.” The complaint, which is currently pending in the U.S. District Court, Eastern District of New York, accuses the drug’s manufacturers of failing to warn patients of the purported link between Nexium and serious kidney injuries. (Case No. 16-04801)

In June 2015, research published in PLOS One indicated that patients who used Nexium and other PPIs were 16 to 21% more likely to suffer myocardial infarction, commonly known as a heart attack. The research found that the drugs doubled the risk of cardiovascular death. A similar increase was not found among patients who used H2 blockers, another class of heart burn medications that includes Zantac, Tagament and Pepcid.

The PLOS One study involved an analysis of medical records from 2.9 million patients. The authors of the research asserted that their findings, while not proof of a causal relationship between PPIs and heart attacks, warranted greater discussion. Read More

A recent study suggests that filing a Nexium lawsuit could be a possibility for those who developed stomach cancer following long-term proton pump inhibitor use.

Writing in the September 2017 issue of  Gut, a group of researchers from Hong Kong noted that a bacterium called H. pylori (best-known for its link to gastric ulcers) is a known risk factor for stomach cancer. But even when treatment has successfully eradicated the bacterium, stomach cancer may still occur.

To investigate why this was the case, the research team studied 63,397 people who were successfully treated for H. pylori infection, including 3,271 who used Nexium or another proton pump inhibitor and 21,179 who took an H2-blocker (such as Zantac or Pepcid). During average follow-up of 7.5 years, 153 of those patients developed stomach cancer.

Compared to those who took H2 blockers, patients who used proton pump inhibitors were twice as likely to develop gastric cancer.

In 2016, a study published in JAMA: Internal Medicine suggested that patents who took PPIs twice a day were 46% more likely to develop Chronic Kidney Diseae, or CKD. Those who used a PPI once per day had a 15% higher risk. The study drew data from 10,500 patients who had been treated with the medications between 1996 and 2015. Read More

CKD is a serious condition that has the potential to cause kidney failure. Symptoms may include:

In 2014, the FDA updated the labels for Nexium and other PPIs to include information about nephritis, an inflammation of the kidneys that can also lead to kidney failure. Nephritis can cause the following symptoms:

Filing a Nexium Lawsuit Can Help

If you or a loved one were harmed by Nexium, taking legal action against the drug’s manufacturer may enable you to obtain compensation for your injury related damages, including: