Despite no announcement of a Mirena recall, the IUD has recently become a subject of mounting concern from the U.S. Food and Drug Administration (FDA) and medical community at large. The contraceptive implant manufactured by Bayer Healthcare Pharmaceuticals was approved in 2000 to prevent pregnancy, and its range of uses expanded in 2009 to include the treatment of heavy menstrual bleeding in women who opt to use the IUD for birth control. It is estimated that Mirena, which is supposed to remain in place for up to five years, is used by more than two million women in the U.S.

The problem with the device though, according to Mirena lawsuits filed in the absence of a Mirena IUD recall, is its potential to spontaneously migrate away from the uterine wall, where it was originally inserted by a health care provider. In turn, claimants allege that the t-shaped implant may perforate the uterus and cause pain, infection and organ damage, among other injuries. 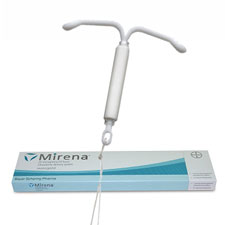 Regardless of Mirena’s continued popularity, thousands of women have noted the above side effects in adverse event reports filed with the U.S. Food and Drug Administration (FDA). An August 2013 report from 7 Action News indicates that 70,000 complaints had been filed on the federal agency’s database since the IUD’s entrance into the market, where instances of ectopic pregnancy, vaginal scarring and other side effects were also reported.

Lawsuits against Bayer allege the company’s failure to adequately warn about the Mirena IUD complications in its marketing of the device, and that they have a history of downplaying those risks.  Claimants further say that a Mirena recall should be issued, given its potential to cause women to experience complications. In 2009, Bayer received a warning letter from the FDA that cited issues with its marketing, which took particular issue with certain campaigns touting the IUD’s ability to improve a woman’s sex life and make her look and feel great.

These side effects are difficult to reverse, especially if the IUD becomes lost in the body. In a number of lawsuits filed over the device, the need for a hysterectomy has been alleged.

Mirena lawsuits have been filed in a federal multidistrict litigation established in the U.S. District Court, Southern District of New York. Similar actions are also pending in New Jersey’s Bergen County Superior Court, where a state proceeding is now underway.