Mirena migration, or spontaneous IUD migration, is one of the most serous complications associated with the long-acting birth control device. Women who have suffered from this occurrence often require emergency treatment – including surgery – to locate and retrieve the device. A migrating Mirena IUD can also cause a host of other serious injuries, including:

Hundreds of women have filed Mirena lawsuits accusing Bayer Healthcare Pharmaceuticals of failing to warn that the IUD can spontaneously migrate from its proper position in the uterus. Plaintiffs who have filed these claims are seeking compensation for a variety of injury-related damages, including medical bills, lost wages, and emotional distress.

What is Spontaneous IUD Migration? 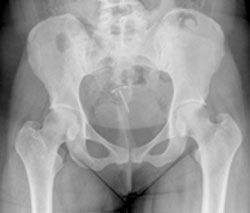 The Mirena IUD is a T-shaped, flexible piece of plastic that is designed to sit inside the uterus for up to five years, where it releases a synthetic form of progesterone. Since its approval in 2000, the IUD has been used by more than 2 million women. In the U.S., Mirena is approved as both a method of birth control and as a treatment for heavy menstrual bleeding in women who wish to use an IUD for contraception.

IUD migration occurs when Mirena moves from its optimal position in the uterus. This can sometimes happen during insertion if the healthcare provider performing the procedure accidently perforates the uterus. However, spontaneous Mirena migration is a type that occurs long after the device has been correctly implanted in a woman’s body.

Symptoms of a migrating Mirena IUD can include any of the following:

To ensure that the Mirena IUD hasn’t moved, women using the birth control device should check the IUD’s strings every month. If the strings can’t be located, or if you experience any of the above symptoms, contact your doctor immediately. Spontaneous Mirena IUD migration requires immediate medical attention.

Hundreds of Mirena lawsuits have been filed in U.S. courts on behalf of women who were allegedly injured by spontaneous IUD migration. The claims point out that the IUD’s labeling makes no mention of this risk, and only warns that migration may occur if the uterus is perforated during insertion. The lawsuits also claim that Bayer has a history overstating the benefits associated with Mirena and downplaying its side effects.