A growing number of Mirena lawyer groups are representing women who may have experienced Mirena complications stemming from a widely-used contraceptive IUD. Despite its continued growth in popularity over the past several years, the IUD’s alleged potential to spontaneously migrate away from its original point of insertion in the uterine wall, as well as perforate the uterus, has continued to make headlines. These risks have also prompted women to file claims against its manufacturer, Bayer Healthcare Pharmaceuticals. 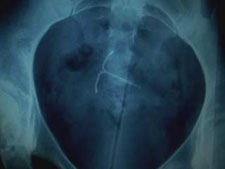 Mirena lawyers throughout the U.S. are actively monitoring updates in cases alleging ectopic pregnancy, infection, infertility and other injuries. As of February 2014, more than 1,000 claims had been filed in the nationwide IUD litigation against Bayer.

Women who contact a Mirena IUD lawyer today may be one step closer to protecting their legal rights, and receiving compensation for out-of-pocket medical expenses, lost wages and other damages.

Why Call a Mirena IUD Lawyer?

Any woman who may have experienced this product’s alleged side effects understand how damaging they can be. That’s why choosing the right Mirena lawyer is imperative to not only your case, but also your well-being.

The following complications may be associated with Mirena:

Bayer also has a long-standing history of overstating benefits associated with Mirena, according to IUD lawsuits. In 2009, the U.S. Food and Drug Administration (FDA) sent a warning letter to Bayer after it became aware of certain promotions that purported the IUD’s ability to improve a woman’s sex life and make her “look and feel great.”

The Mirena IUD entered the market in 2000 as a long-acting contraceptive implant, which is supposed to remain in place for up to five years. Since then, a report from 7 Action News in Chicago indicates that 70,000 complaints have been filed with the U.S. Food and Drug Administration (FDA). That number includes some 5,000 instances of device migration and 1,322 uterine perforation reports. In 2009, the Mirena IUD’s range of uses expanded to include the treatment of heavy menstrual bleeding in women who opted to use it as their primary form of birth control.

Right now, hundreds of cases alleging injuries caused by Mirena are pending in courts throughout the U.S. A federal litigation underway in the U.S. District Court, Southern District of New York is currently handling IUD cases.

As of February 2014, a total of 628 IUD lawsuits had been filed in New Jersey’s Bergen County Superior Court, where a multicounty proceeding has been established.