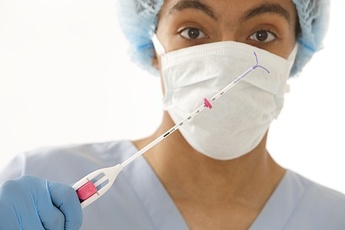 The Mirena IUD, a contraceptive device used by more than 2 million women, may be causing some to suffer painful complications that have the potential to cause permanent harm to their quality of life and reproductive health. According to a growing number of legal claims, many of these Mirena complications are the result of a phenomenon known as spontaneous device migration. This occurs when the IUD somehow becomes dislocated from its proper position in the uterus, and migrates throughout the uterine cavity. In some case, the device may even puncture or perforate the uterus, and move to other parts of the body. In many cases, victims of these and other Mirena IUD complications associated with spontaneous device migration require surgical intervention to remove the IUD from their body.

The Mirena IUD is a long-acting birth control method that was brought to market in 2000 by Bayer Healthcare Pharmaceuticals. It is approved as both a contraceptive, and as a treatment for heavy menstrual bleeding in women who wish to use an IUD as their primary method of birth control. The T-shaped IUD consists of small flexible plastic, and is inserted into the uterus, where it releases a low dose of the hormone levonorgestrel for up to five years.

In August 2013, 7 Action News in Detroit reported that the U.S. Food & Drug Administration (FDA) has received more than 70,000 reports of Mirena IUD complications since 2000. While many of those reports involved minor side effects, such as headaches, back pain and acne, others detailed more serious problems. Among other things, the 7 Action News investigation revealed that the FDA database had logged more than 4,775 reports of device migration among Mirena users since 2008. More than 1,300 complaints received since 2008 involved uterine perforations.

In the past, the FDA has taken Bayer to task for overstating the benefits associated with the IUD, and downplaying the possibility for certain Mirena complications. In 2009, the agency actually issued a Warning Letter to the company over a Mirena promotional campaign that the FDA determined to be misleading.

Reports of serious Mirena IUD complications have helped spark a growing wave of product liability litigation over the device. Among other things, the women involved in these Mirena lawsuits are alleged to have suffered a wide variety of serious complications and injuries related to spontaneous migration of the IUD, including:

Plaintiffs in these claims further allege that Bayer concealed the risk of serious Mirena complications associated with device migration, and failed to warn patients that such a problem could even occur. Among other things, they point out that the Mirena label only warns that migration might occur if the uterus is perforated during insertion of the IUD, and not months – or even years – after the device was correctly placed in the uterus.

As of February 2014, more than 2,000 lawsuits had been filed on behalf of women who allegedly suffered spontaneous device migration and related Mirena IUD complications. Because of the large number of claims, consolidated litigations have been established for these lawsuits in New Jersey Superior Court, and in the U.S. District Court, Southern District of West Virginia. Cases could start going to trial as early as 2015.