The Mirena IUD is an intrauterine contraceptive device designed by Bayer Healthcare Pharmaceuticals, Inc. to effectively prevent pregnancy for up to five years. Approved in 2000 by the U.S. Food and Drug Administration (FDA), the birth control implant works to thin the uterine lining and thicken cervical mucus, according to its manufacturer, to prevent sperm from reaching the egg. Since its entrance into the U.S. market, Mirena has become a popular choice for many women opting for birth control, with more than 2 million women in the U.S. now using the device. Its range of uses has also expanded to include the treatment of heavy menstrual bleeding in women who use the IUD for contraception. 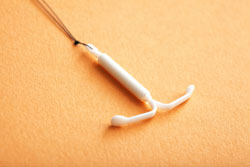 While its popularity has certainly grown over the years, so has the number of individuals who have reported side effects stemming from Mirena. An August 2013 report from 7 Action News indicated that 70,000 adverse event reports associated with the IUD, including spontaneous device migration and uterine perforations, had been filed with the U.S. Food and Drug Administration (FDA) since 2000. Instances of ectopic pregnancy, vaginal scarring, organ damage and infection have also been reported.

Mirena lawsuits that are currently pending in U.S. federal and state courts allege that these complications may stem from its spontaneous migration away from its original point of insertion in the uterine wall, and that Bayer failed to provide adequate warning about this side effect in its marketing of the IUD. In 2009, the company was cited for downplaying side effects by the FDA, who issued a Warning Letter after determining that certain promotions of Mirena were misleading, including Bayer’s claims that it could make a woman “look and feel great.”

According to IUD lawsuits against Bayer, women using Mirena may have the potential to experience the following complications:

Plaintiffs also allege that Mirena-related side effects are difficult to reverse, especially if the IUD becomes lost in the body after spontaneously migrating away from the uterus. In that case, a difficult surgical procedure may be necessary to first locate the device in order to remove it.

Mirena lawsuits are currently pending in a federal litigation underway in the U.S. District Court, Southern District of New York, while a number of similar actions against Bayer have also been filed in New Jersey’s Bergen County Superior Court.

Last Modified: December 8, 2015
Private Case ReviewWere you or a loved one harmed by a prescription drug or medical device? Get a free case review.
Connect with: