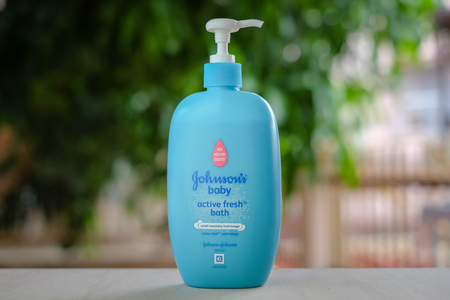 Johnson & Johnson is one of the world’s largest medical products companies. Drugs and devices marketed by its subsidiaries include artificial hips, power morcellators, transvaginal mesh, and the antipsychotic medication Risperdal. The company has also marketed a wide range of popular consumer products, including Johnson & Johnson’s Baby Powder and Shower-to –Shower talc-based powders.

Johnson & Johnson was founded in 1886 in New Brunswick, New Jersey by Robert, James and Edward Johnson. The fledgling company originally sold bandages, sterile sutures, wound care and baby products, aswell as sanitary protection products for women and maternity kits for use in home birth. Johnson & Johnson’s Baby Powder went on the market in 1894.

Johnson & Johnson went public in 1944, and was listed on the New York Stock Exchange. In 1949, the company created its Ethicon, Inc. subsidiary from Johnson & Johnson’s heritage suture business.

The 1950s saw the introduction of “No More Tears” Johnson’s Baby Shampoo, as well as the acquisition of McNeil Consumer Healthcare, the manufacturer of Tylenol. In the 1960s, Janssen Pharmaceuticals joined the Johnson & Johnson Family of Companies.

The U.S. Food & Drug Administration (FDA) approved Janssen’s Risperdal in 1993, and the new antipsychotic hit the market in February 1994. By 1997, overall Risperdal sales in the U.S. had reached $589 million. In 1994, Johnson & Johnson would revolutionize coronary surgery with the introduction of the first coronary stent, the Palmaz-Schatz stent. Its Cordis division would go on to launch the first drug-eluting stents.

With the approach of the 21st century, Johnson & Johnson entered new therapeutic areas, including HIV/AIDS, and health and wellness. The company would acquire Pfizer Consumer Healthcare, the maker of Listerine, BenGay and Benadryl, in 2006.

Johnson & Johnson’s DePuy Orthopedics division recalled its all-metal ASR hip implants in 2010, after  data suggested that the devices were associated with an unusual rate of premature failures. Since then, thousands of people have filed ASR hip lawsuits for complications they allegedly sustained due to a defective hip replacement. In 2013, Johnson & Johnson settled the majority of those cases for $2.5 billion.

DePuy also faces thousands of lawsuits over a metal-on-metal version of its Pinnacle hip implant, with plaintiffs alleging that the device is plagued with some of the same design defects that prompted the ASR recall. In October 2014, the first Pinnacle hip trial ended with a verdict for the defense. But in March 2016, a second jury awarded a total of $500 million to five patients fitted with the all-metal Pinnacle, after finding that the hip implant was defective and that the company had concealed that information from doctors.

In 2011, the FDA warned that transvaginal mesh devices had been linked to thousands of debilitating and life-changing complications. Tens of thousands of women have since filed suit over injuries allegedly related to Gynecare mesh products marketed by Johnson & Johnson’s Ethicon unit.

In February 2013, a New Jersey Superior Court jury ordered  Johnson & Johnson to pay $11.1 million to a woman who suffered complications associated with Gynecare  Prolift mesh . While Ethicon did settle more than 100 mesh lawsuits for undisclosed amounts between 2014 and 2016, thousands of cases remained to be litigated. In March 2015, a jury sided with another Ethicon mesh plaintiff and awarded her $5.7 million.

Johnson & Johnson’s Ethicon unit has been named in a number of lawsuits that claim the company’s power morcellators promoted the spread of undiagnosed uterine cancers when used during minimally-invasive hysterectomies and fibroid removal surgeries. In 2016, it was disclosed that the company had begun settling some of those cases.

Johnson & Johnson’s Janssen Pharmaceuticals unit has faced thousands of Risperdal lawsuits over the drug’s alleged side effects, including gynecomastia, a condition that results in excessive male breast growth. Since 2015, four Pennsylvania juries have awarded multimillion dollar verdicts to plaintiffs who allegedly suffered from this disfiguring complication. However, many more cases are pending.

In November 2013, Johnson & Johnson and Janssen agreed to pay the U.S. Department of Justice more than $2.2 billion to resolve illegal marketing allegations involving Risperdal and several other medications. Among other things, the companies were accused of promoting Risperdal as an off-label treatment for dementia, as well as certain pediatric indications that had not yet been approved by the FDA.

More than 1,200 talcum powder lawsuits have been filed against Johnson & Johnson on behalf of women who allegedly developed ovarian cancer due to their regular, repeated use of Baby Powder and/or Shower-to-Shower for feminine hygiene purposes. In February 2016, a jury in St. Louis, Missouri ordered the company to pay $72 million in compensatory and punitive damages to the family of a woman who was diagnosed with the disease following decades of talcum powder use. Two months later, a second St. Louis jury awarded $55 million to the plaintiff  in another talcum powder ovarian cancer case involving Johnson & Johnson.

McNeil Consumer Healthcare faces more than 200 Tylenol lawsuits filed on behalf of consumers who allegedly suffered serious liver injuries or liver failure due to the acetaminophen contained in the over-the-counter medicines. Trials are slated to begin in September 2016.

In 2013, McNeil announced that it would add new, more prominent warnings regarding the risk of liver damage to the labels of Tylenol-brand medications.

Last Modified: February 18, 2020
Private Case ReviewWere you or a loved one harmed by a prescription drug or medical device? Get a free case review.
Connect with: