Thousands of people are now pursuing Lipitor lawsuits after allegedly developing Type 2 diabetes related to the use of the cholesterol- lowering statin. Plaintiffs claim that Pfizer, Inc. failed to warn doctors and patients about this possible side effect and should therefore be held liable for diabetes-related medical bills, lost wages and other damages. You could be eligible to file your own lawsuit if you or a loved one were diagnosed with new-onset Type 2 diabetes while using Lipitor. 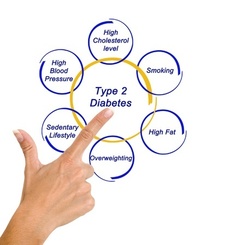 Lipitor is a statin medication used in conjunction with diet and exercise to lower cholesterol, thereby reducing a patient’s risk of heart attack and stroke. For years Lipitor was the most popular statin on the market, as well as Pfizer’s best-selling medication. Before it lost patent protection, Lipitor had racked up cumulative sales of $130 billion.

In recent years, research has emerged linking Lipitor and other statins to a number of serious side effects, including:

Several studies have suggested that the use of Lipitor and other statins may increase a patient’s risk of developing Type 2 diabetes. For example, Canadian researcher reported in 2013 that patients taking Lipitor had a 22 percent increased risk of developing diabetes compared to those taking another cholesterol-lowering medication called Pravachol. In 2011, a study that appeared in Journal of the American College of Cardiology suggested that patients treated with high-dose Lipitor were more likely to develop the disease, especially those with pre-existing diabetes risk factors or women. In early 2012, a study reported n the Archives of Internal Medicine found that post-menopausal women were significantly more likely to develop Type 2 diabetes if they were using Lipitor or another statin.

In February 2012, the U.S. Food & Drug Administration (FDA) announced that it had ordered statin manufacturers to add new information to the drugs’ labels regarding their potential effects on blood glucose levels. However, Lipitor lawsuit plaintiffs claim that the label changes made by Pfizer in response to this order do not adequately warn patients about the medication’s link to Type 2 diabetes.

Since 2012, more than 2,500 Lipitor lawsuits have been filed in U.S. courts on behalf of women who allegedly developed Type 2 diabetes related to its use. The majority of those claims are pending in a federal multidistrict litigation currently underway in the U.S. District Court, District of South Carolina. Plaintiffs assert that Pfizer was aware of the link between Lipitor and diabetes for years, but failed to provide doctors and patients with appropriate warnings in order to protect the massive profits the company reaped from its sales.

The federal Lipitor litigation is scheduled to convene its first bellwether trial in November 2015. This case is extremely important, as it could provide insight into how juries might rule in similar Lipitor diabetes cases.

There is still time to file a Lipitor lawsuit if you or a woman you care about was diagnosed with Type 2 diabetes while using this statin. To learn more, please call (888) 994-5118 to arrange for a free, no-obligation legal review.

Last Modified: January 11, 2017
Private Case ReviewWere you or a loved one harmed by a prescription drug or medical device? Get a free case review.
Connect with: