Lipitor (atorvastatin) is a statin medication that is approved to lower cholesterol in conjunction with diet and exercise. Launched in 1997, the drug became the top-seller in its class just three years later. Even after it lost patent protection in 2011 and had to face generic competition, Lipitor continued to be a strong performer for Pfizer, Inc. In fact, the popular medication was expected to generate roughly $3 billion in sales in 2015.

Lipitor: How does it Work?

Statins are the most widely-prescribed drugs in the U.S., and Lipitor is the most popular of all, with life-time sales amounting to more than $131 billion. Lipitor and other statin medications are intended to lower a patient’s risk of heart attack and stroke by reducing levels of LDL or “bad” cholesterol. A waxy, fat-like substance, cholesterol is found in all of the body’s cells and does play a role in some vital functions. However, high levels of LDL cholesterol can build up in the arteries. This condition, called atherosclerosis, causes the arteries to stiffen and narrow, increasing an individuals risk of heart attack and stroke.

Although rare, Lipitor can cause a number of serious side effects. These may include: 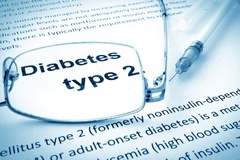 Lipitor should not be taken by pregnant women or those planning to become pregnant. Because Lipitor has also been shown to pass into breast milk, it should not be used by nursing mothers. The medication is also contraindicated in people with liver problems or those who are allergic to any ingredients in Lipitor.

As of October 2015, more than 2,500 Lipitor lawsuits had been filed in U.S. courts on behalf of post-menopausal women who allegedly developed Type 2 diabetes related to use of the medication. The majority of these lawsuits were pending in a federal multidistrict litigation underway in the U.S. District Court, District of South Carolina, where trials are scheduled to begin in January 2016. Lipitor diabetes plaintiffs accuse Pfizer of concealing this risk from patients and doctors in order to protect the massive profits it derived from sales of the statin.

Last Modified: January 11, 2017
Private Case ReviewWere you or a loved one harmed by a prescription drug or medical device? Get a free case review.
Connect with: