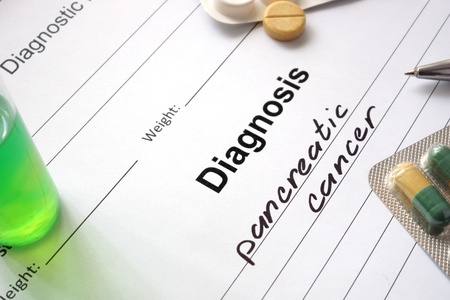 Januvia and Janumet are both Type 2 diabetes medications that belong to a class of drugs called incretin mimetics. In recent years, studies have linked such medications to a number of serious side effects, including pancreatitis and pancreatic cancer.

Januvia (sitagliptin) is an oral medication used in conjunction with diet and exercise to control blood glucose levels in people with Type 2 diabetes. Marketed by Merck & Co., the drug was approved by the U.S. Food & Drug Administration (FDA) in 2006. The following year, the company was granted regulatory approval for Janumet, a combination pill that contains both sitagliptin and metformin.

How Does Sitagliptin Work?

Januvia is part of a class of incretin mimetics called DPP-4 inhibitors. DPP-4 is a protein made by the body that plays a role in glucose metabolism. Incretin hormones are produced in the gut, and stimulate certain pancreatic cells to release insulin to metabolize sugar. Incretins also signal the liver to stop making excess sugar.  DPP-4 breaks down incretin hormones in order to balance both blood sugar and insulin. However, Type 2 diabetics already have too much sugar in their blood. By inhibiting DPP-4, Januvia and Janumet allow incretins to remain in the blood longer so that the pancreas can continue to produce insulin.

Januvia and Janumet Side Effects

Side effects that may be associated with the use of Janumet or Januvia include:

Patients treated with sitagliptin should tell their doctors if they have a history of kidney disease, disease of the pancreas (pancreatitis), or gallstones. Januvia and Janumet should only be used during pregnancy when  clearly needed. It is unknown whether sitagliptin passes into breast milk

Because Janumet is made with metformin, it carries a black-box warning about lactic acidosis, a condition that requires immediate medical attention. Symptoms of lactic acidosis include weakness and nausea.

In 2009, the FDA announced that it was revising the labels for Januvia and Janumet, after sitagliptin was linked to 88 post-marketing cases of pancreatitis between October 16, 2006 and February 9, 2009. Hospitalization was reported in 58 of the patients, 4 of whom were admitted to the intensive care unit (ICU). Two cases of hemorrhagic or necrotizing pancreatitis were also identified, both of which required an extended stay in the ICU.

Pancreatitis is an inflammation of the pancreas that can be life-threatening. Symptoms include:

In March 2013, the FDA announced that it was investigating the entire incretin mimetics class, after a study published in Diabetes reported that precancerous changes had been observed in the pancreatic cells of patients who took the drugs. However, the agency has so far been unable to confirm a link between these drugs and pancreatic cancer

In June of that same year, the British Medical Journal concluded that the pancreatic risks associated with Januvia and other incretin mimetics may have been downplayed by the pharmaceutical industry. The authors of the report also faulted the FDA and European regulators for failing to aggressively address these concerns. Read More