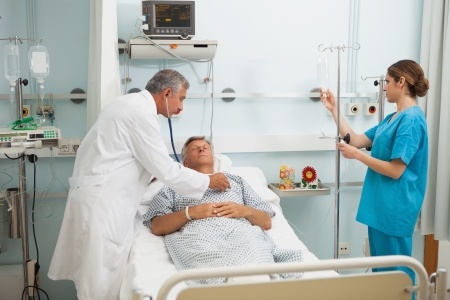 IVC filter perforation reportedly affects around a quarter of the individuals who receive one of these devices. While not all perforations are dangerous, life-threatening complications can occur if an IVC filter punctures the inferior vena cava, aorta, or a vital organ.

Bernstein Liebhard LLP is accepting case inquiries from individuals who suffered perforations and other serious complications related to retrievable IVC filters manufactured by C.R. Bard, Inc. and Cook Medical, Inc. If you are interested in filing an IVC filter lawsuit, please call (888) 994-5118 to contact our legal team today.

C.R. Bard and Cook Medical, two major manufacturers of IVC filters, have been named in dozens of lawsuit filed on behalf of patients who suffered perforations and other injuries due to the companies’ allegedly defective devices.

IVC Filters are implanted in the inferior vena cava in people at risk for pulmonary embolism, a dangerous form of blood clot that blocks the pulmonary artery. These small, wire cage-like devices catch clots that have broken loose from the veins of the legs before they can travel to the lungs. Retrievable IVC filters are indicated for use in patients who can’t use standard blood thinning medications, and are intended to be removed from the body once the threat of pulmonary embolism has passed.

IVC filter perforations can occur if the inferior vena cava is punctured during insertion. But it is believed that most are the result of normal aortic pulsation and breathing, which may cause the gradual erosion of the filter into the wall of vena cava. Perforation of other blood vessels and vital organ can occur if the IVC filter fractures and the broken pieces travel to the heart, lungs, blood vessels, or other part of the body.

Symptoms of filter perforations include:

Since 2010, the U.S. Food & Drug Administration (FDA) has issued two alerts regarding the risks associated with retrievable IVC filters. The first, which was released in August 2010, came after the agency had received more than 900 reports of complications involving the devices, including 70 reports of IVC filter perforation. In an updated communication issued in May 2014, the FDA reminded doctors about the importance of retrieving IVC filters once the threat of pulmonary embolism has passed.

The medical device attorneys at Bernstein Liebhard LLP are now investigating IVC filter perforation claims and other injury cases related to these devices. To learn more, please call (888) 994-5118 to schedule a free, no-obligation legal review with our Firm today.