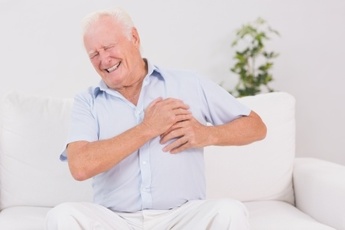 Retrievable inferior vena cava filters, such as C.R. Bard, Inc.’s G2 Express and G2x IVC filters, may be associated with a fracture rate as high as 12%. If not removed once the risk of pulmonary embolism has passed, these devices may place patients at risk for life-threatening complications related to fracture, migration and embolization.

Our IVC Filter Attorneys Can Help

The nationwide law firm of Bernstein Liebhard LLP is currently accepting case inquiries from individuals who may have been seriously injured by a Bard IVC filter, including the G2 Express and G2x devices. If you or a loved one experienced any of the complications allegedly associated with one of these retrievable IVC filters, please contact our Firm at (888) 994-5118 to discuss your case with an experienced medical device attorney today.

Devices like the Bard G2 Express and G2x IVC filters are implanted in the inferior vena cava in order to capture blood clots before they can travel to the lungs and become a pulmonary embolism. They are generally used to treat patients who are at risk for blood clots, but for one reason or another are unable to use standard anticoagulant therapy. Clots are captured by the IVC filters’ small, spider-like struts.

As retrievable filters, both the G2 Express and G2x devices are intended to be removed from the body once the threat of pulmonary embolism has passed. However, a study published by JAMA Internal Medicine in March 2013 indicated that only 10% of IVC filters are removed successfully. The same study also questioned their efficacy, finding that roughly 8% of patients implanted with an IVC filter still experienced a pulmonary embolism.

In 2010, the U.S. Food & Drug Administration (FDA) issued the first of two warnings regarding retrievable IVC filters. The agency expressed concern that the devices, intended for short-term placement, are not always removed once a patient’s risk for pulmonary embolism subsides. The alert revealed that the FDA had received 921 reports of complications involving such filters since 2005, many of which resulted in adverse outcomes for patients. These complications included:

In an updated communication issued in May 2014, the FDA noted that the risks associated with retrievable IVC filters include:

To lessen the risk of complications, the agency advised that retrievable IVC filters should be removed between 29 and 54 days after implantation.

Both the G2 Express and G2x devices are very similar in design to another C.R. Bard retrievable IVC filter called the G2. One recent study involving 548 people implanted with a Bard Recovery, G2, or G2 Express indicated that the G2 IVC filter was associated with a 12% fracture rate. In 13% of the filter fracture cases, the broken components embolized to other areas of the body.

In December 2015, NBC News broadcast an investigative report on Bard’s G2 IVC filter series. Among other things, the network revealed that failures of the G2 had been linked to at least a dozen deaths. The report also disclosed evidence that officials at Bard were aware of serious problems with the G2 series just months after the devices had been approved by the FDA. Read More

August 2015: Federally-filed Bard IVC filter lawsuits have been consolidated in the U.S. District Court, District of Arizona, for the purpose of coordinated pretrial proceedings. Twenty-two cases were initially transferred to the new multidistrict litigation. By December 2015, the federal litigation had grown to include more than 60 cases. Read More

Learn More about Filing Your Own IVC Filter Lawsuit

You may be eligible to file a claim in this litigation if you or a loved one suffered any complications that may be associated with the use of a G2 Express or G2x IVC filter. To arrange for a free, no-obligation review of your case, please contact Bernstein Liebhard LLP today at (888) 994-5118.

Last Modified: January 8, 2016
Private Case ReviewWere you or a loved one harmed by a prescription drug or medical device? Get a free case review.
Connect with: