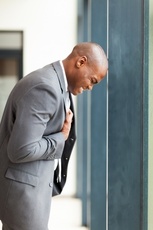 Did you or a loved one experience complications related to the fracture, migration or embolization of C.R. Bard, Inc.’s Eclipse IVC filter? Plaintiffs around the U.S. are currently pursuing product liability claims for serious and life-threatening injuries that were allegedly caused by Bard’s retrievable IVC filter devices.

The medical device practice group at Bernstein Liebhard LLP is now evaluating potential IVC filter lawsuits involving products manufactured by C.R. Bard, including the Eclipse Retrievable IVC Filter. If you would like to discuss such a case with one of our attorneys, please call (888) 994-5118.

Retrievable IVC filters such as Bard’s Eclipse device are implanted into the inferior vena cava, where their wire, spider-like struts catch blood clots before they can travel to the lungs and become a pulmonary embolism. The filters are indicated for use in patients for whom anticoagulant therapy is not appropriate, and they are intended to be removed from the body once the threat of pulmonary embolism has passed.

A growing number of IVC filter lawsuits have been filed against C.R. Bard on behalf of patients who allegedly experience severe and life-threatening complications due to the company’s retrievable IVC filters. Complications noted in these lawsuits include:

The Eclipse retrievable filter is just one of a number of IVC filters manufactured by C.R. Bard. It is very similar in design to another Bard product called the G2 Retrievable IVC filter, except that it has an electropolished finish that is much smoother than the G2’s.

One recent study involving 548 people implanted with a Bard Recovery, G2, or G2 Express IVC filter indicated that the device was associated with a 12% fracture rate. In 13% of the filter fracture cases, the broken components embolized to other areas of the body. While the study does not prove that the Eclipse IVC filter poses the same risk of fracture, the similarities in design between it and G2 could be cause for concern.

Bernstein Liebhard LLP is now offering free, no-obligation legal reviews to anyone who suffered serious complications that may related to the Eclipse Retrievable IVC Filter. To learn whether or not your injuries might qualify for compensation, please call (888) 994-5118.