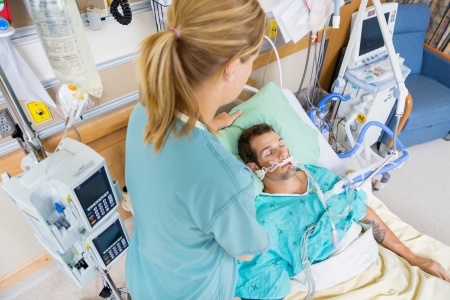 Invokana and other Type 2 diabetes drugs known as SGLT2 inhibitors are coming under fire because of a possible link to ketoacidosis, a serious condition that occurs when toxic acids called ketones accumulate in the blood. U.S. health regulators are now investigating the potential for Invokana to cause ketoacidosis, and have cautioned all SGLT2 inhibitor patients to be on the lookout for the signs and symptoms associated with this potentially deadly condition.

In May 2015, the U.S. Food & Drug Administration (FDA) announced that it was reviewing 20 cases of acidosis (diabetic ketoacidosis, ketoacidosis, or ketosis) in patients treated with SGLT2 inhibitors from March 2013 to June 6, 2014. All patients required emergency room visits or hospitalization to treat the ketoacidosis.

In December 2015, the FDA ordered the manufacturers of Invokana and other SGLT2 inhibitors  to add new warnings to their product labels regarding the possible risk of ketoacidosis, as well as a potential association with serious urinary tract infections that could lead to kidney complications.

Diabetic ketoacidosis usually develops when insulin levels are too low or during prolonged fasting. The condition most often occurs in patients with Type 1 diabetes and is usually accompanied by high blood sugar levels. However, the reports linking SGT2 inhibitors such as Invokana to ketoacidosis were unusual, in that the majority of patients had Type 2 diabetes, and blood sugar levels, when reported, were only slightly increased.

Since the FDA issued its alerts, regulators in other countries, including Canada and Europe, have announced safety reviews for SGLT2 inhibitors. According to the European Medicines Agency, at least 101 cases of ketoacidosis have been reported globally among patients taking these drugs.

Diabetic ketoacidosis can develop rapidly, and may result in diabetic coma or even death in a relatively short period of time. While reports linking drugs like Invokana to ketoacidosis do not prove that the medications actually cause the condition, the FDA has asked SGLT2 inhibitor patients to be vigilant, and contact their doctor should they experience any signs or symptoms of the condition, including:

The FDA has advised doctors to stop SGLT2 inhibitor therapy after an individual is diagnosed with ketoacidosis. However, patients should never stop taking their diabetes medication without first consulting their physician. Treatment for diabetic ketoacidosis usually includes fluid and electrolyte replacement, as well as insulin therapy.

Legal Help for Alleged Victims of Invokana and Ketoacidosis

Type 2 diabetics who were diagnosed with ketoacidosis while using Invokana or another SGLT2 inhibitor may be entitled to compensation for their injury-related damages, including medical bills and lost wages. To learn more, please contact our legal experts today by calling.

Last Modified: May 20, 2016
Private Case ReviewWere you or a loved one harmed by a prescription drug or medical device? Get a free case review.
Connect with: