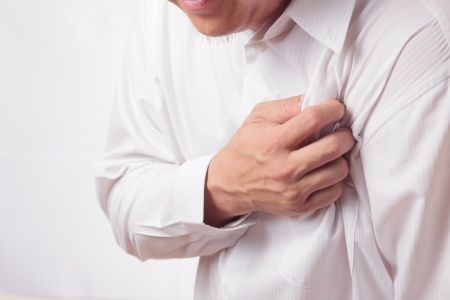 Invokana may be associated with a number of serious complications, including an increased risk of heart attack. In fact, clinical trials for the Type 2 diabetes medication suggested that the chance of heart attack rises among Invokana patients during early days of treatment.

The nationwide law firm of Bernstein Liebhard LLP is investigating legal claims on behalf of individuals who may have been harmed by Invokana. If you or some one you love took Invokana and suffered a heart attack, please call (888) 994-5118 to discuss your case with one of our attorneys.

August 2016: What may be the first Invokana heart attack lawsuit has been filed in the U.S. District Court, Western District of Kentucky. According to the complaint, the plaintiff suffered a myocardial infarction in July 2015, after he had been taking Invokana to treat Type 2 diabetes. He claim that the drug’s manufacturers misrepresented Invokana as a safe and effective diabetes treatment, and asserts that he would not have used the medication, or would have been adequately monitored for side effects, had he and his physician had been made aware of the serious risks potentially associated with its use. Read More

Invokana was the first SGLT2 inhibitor approved in the U.S. to treat Type 2 diabetes. However, its 2013 approval by the U.S. Food & Drug Administration (FDA) was not without controversy. While the agency’s Endocrinologic and Metabolic Drugs Advisory Committee had recommended approval of the drug by a margin of 10-to-5, many panel members also voiced concerns about its cardiovascular safety. A Briefing Document prepared in advance of the Committee’s January 2013 meeting raised a number of questions about Invokana’s possible heart side effects, noting that:

Once the drug was approved for sale, the Invokana labeling did not include any warning about heart attacks or strokes. However, according to The New York Times, the FDA did order Johnson & Johnson to conduct five post-marketing studies, including a clinical trial to determine more definitively if the drug increases cardiovascular risks.

What is a Heart Attack?

A heart attack or myocardial infarction occurs when the flow of blood to the heart muscle becomes blocked. This results in damage to or death of part of the heart muscle.

Symptoms of a heart attack may include:

The symptoms of a heart attack can vary from person to person, and do not always begin with sudden, crushing chest pain. If you suspect that you or someone else is experiencing a heart attack, call 911 immediately. Don’t drive to the hospital. Instead, wait for an ambulance so that emergency medical personnel can begin life-saving treatment a soon as they arrive.

Am I Eligible to File an Invokana Lawsuit

If you suffered a heart attack while taking Invokana, the attorneys at Bernstein Liebhard LLP can help you determine if you have a valid claim for compensation. To learn more about filing an Invokana lawsuit, please call (888) 994-5118.

Last Modified: September 8, 2016
Private Case ReviewWere you or a loved one harmed by a prescription drug or medical device? Get a free case review.
Connect with: