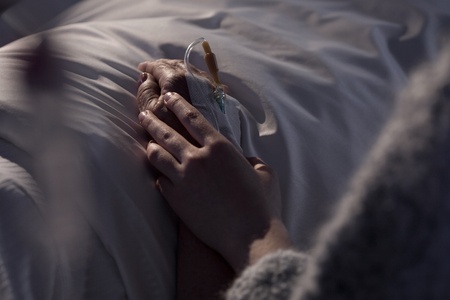 Invokana and other Type 2 diabetes medications called SGLT2 inhibitors may cause some patients to experience diabetic ketoacidosis, which occurs when there is too much acid in the blood. In December 2015, the labeling for these drugs was updated to include new warnings about this dangerous condition.

Filing an Invokana Lawsuit Can Help

Bernstein Liebhard LLP, a nationwide law firm that represents those injured by dangerous drug side effects, is now accepting case inquiries involving Invokana and diabetic ketoacidosis. If you or a loved experienced this dangerous complication while taking this or any other SGLT2 inhibitor to treat Type 2 diabetes, please call (888) 994-5118 to find out more about your legal options.

Launched in March 2013, Invokana was the first sodium glucose co-transporter 2 (SGLT2) inhibitor approved by the U.S. Food &Drug Administration (FDA) to treat Type 2 diabetes. In May 2015, the FDA launched a review of all SGLT2 inhibitors, after the medications were implicated in 20 cases of diabetic ketoacidosis. In addition to Invokana, other Type 2 diabetes drugs covered by the FDA’s communication included:

Shortly after the FDA, regulators in other countries began issuing similar alerts:

In December 2015, the FDA announced that information regarding a potential association with ketoacidosis would be added to the “Warnings and Precautions” sections of all SGLT2 inhibitors. The agency was also requiring SGLT2 inhibitor manufacturers to conduct a 5-year study in order to analyze post-marketing reports of ketoacidosis in patients treated with these drugs. Read More

What is Diabetic Ketoacidosis?

Diabetic ketoacidosis (sometime referred to as ketosis or acidosis) is a condition that occurs when there is too much acid in the blood. These acids are called ketones, and are released when the body breaks down fat cells for fuel. This condition is most often seen in patients with Type 1 diabetes. But according to the FDA, most of the patients who experienced ketoacidosis while taking SGLT2 inhibitors were Type 2 diabetics. The condition is usually accompanied by high blood glucose levels. But in many of the cases involving Invokana and other SGLT2 inhibitor, levels were only moderately high.

The FDA now recommends that patients stop taking their SGLT2 inhibitor and seek medical attention immediately if they have any symptoms of ketoacidosis, including:

If you took Invokana and developed diabetic ketoacidosis, now is the time to seek legal advice. To obtain a free, no-obligation case review with one of our attorneys, please call (888) 994-5118.

Last Modified: January 8, 2017
Private Case ReviewWere you or a loved one harmed by a prescription drug or medical device? Get a free case review.
Connect with: