Invokana (canagliflozin) is a Type 2 diabetes medication that is approved to lower blood sugar in conjunction with diet and exercise. The once-daily pill can be used as a stand-alone therapy and in combination with other Type 2 diabetes medications including metformin, sulfonylurea, pioglitazone, and insulin. Invokana is marketed by Janssen Pharmaceuticals, a division of Johnson & Johnson.

Approved in March 2013, Invokana was the first of a new class of diabetes drugs known as sodium-glucose co-transporter 2 (SGLT2) inhibitors. The medication is not approved to treat Type 1 diabetes, and it is not known if it is safe for use in children under 18-years –of age.

Since Invokana’s launch, a number of other SGLT2 inhibitors have been approved for sale in the U.S., including:

SGLT2 is a glucose transporter located in the proximal tubule in the kidneys that is responsible for 90% of glucose reabsorption. By blocking SGLT2, drugs like Invokana increase glucose excretion in the kidneys and lower blood glucose levels.

The most common side effects of Invokana are vaginal yeast infection and urinary tract infection. Use of the drug may also reduce intravascular volume, leading to a sudden fall in blood pressure when standing up called orthostatic or postural hypotension. This condition is most common during the first three months of Invokana therapy, and may present with symptoms such as dizziness or fainting.

Patients who should not take Invokana include those with diabetic ketoacidosis, those who are allergic to canagliflozin, and patients with severe kidney problems or on dialysis. Patients being considered for Invokana therapy should tell their doctors if they have kidney or liver problems; are pregnant or plan to become pregnant; or are breast feeding or plan to breastfeed. It’s also important to tell your doctor about any medications, vitamins, or herbal supplements you take, especially if you take diuretics, rifampin, phenytoin or phenobarbital, ritonavir, or digoxin.

According to the Institute for Safe Medication Practices (ISMP), evidence of widespread health problems has emerged since Invokana and other SGLT2 inhibitors were first brought to market in the U.S. The group’s analysis of FDA adverse event data from 2015 revealed that more than 630 reports of ketoacidosis involving Invokana patients had been logged by the agency’s database that year. As a class, SGLT inhibitors were named in 257 reports of kidney failure or impairment, 120 that involved pancreatitis, and 877 cases involving hypersensitivity. Among other things, the ISMP noted that Invokana received more serious adverse event reports than 92% of the drugs it regularly monitors. Read More 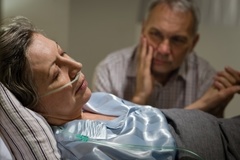 In May 2015, the U.S. Food & Drug Administration (FDA) announced that it had launched a safety review involving Invokana and other SGLT2 inhibitors, after the drugs were linked to 20 reports of diabetic ketoacidosis. All of the reports were received by the agency’s adverse event database between March 2013 and June 6, 2014, and all required emergency medical treatment or hospitalization. The FDA indicated that it had also received additional reports since June 2014.

Diabetic ketoacidosis (also known as ketoacidosis, ketosis or acidosis) is a dangerous condition caused by the accumulation of toxic acids called ketones in the blood. If not treated, ketoacidosis can result in diabetic coma or even death. Symptoms of the condition include:

In December 2015, the FDA ordered the manufacturers of Invokana and other SGLT2 inhibitors  to add new warnings to their product labels regarding the possible risk of ketoacidosis, as well as a potential association with serious urinary tract infections that could lead to kidney complications.

The FDA announced that the labels for Invokana, Invokamet, Farxiga and Xiduo XR would be modified to strengthen existing warnings for kidney complications. The agency acted after its adverse event database logged 101 reports of acute kidney injury in patients taking the medications from March 29, 2013, to October 19, 2015. Canagliflozin, the active ingredient in Invokana and Invokamet, was implicated in 73 of those reports. Read More

According to an FDA Drug Safety Communication issued on May 18, 2016, the agency has launched an investigation into leg and foot amputations (most of which affected the toes) that may be associated with the use of canagliflozin. The FDA acted after interim data from the  Canagliflozin Cardiovascular Assessment Study (CANVAS) found that such amputations occurred nearly twice as often in patients treated with canagliflozin compared to those who received a placebo. Read More

Last Modified: July 15, 2016
Private Case ReviewWere you or a loved one harmed by a prescription drug or medical device? Get a free case review.
Connect with: