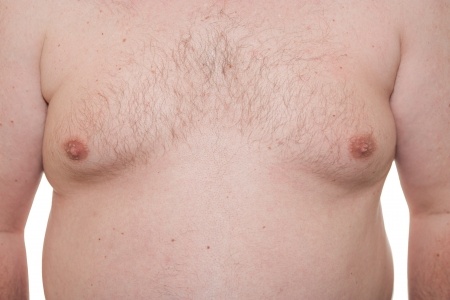 Invega lawsuits are being filed on behalf of men and boys who allegedly suffered gynecomastia due to its use. The active ingredient in Invega (paliperidone) is a metabolite of Risperdal, and may be associated with many of the same side effects, including excessive male breast growth.

Bernstein Liebhard LLP offers free legal reviews to Invega patients who have been diagnosed with gynecomastia. To learn more, please contact our office by calling (888) 994-5118.

Invega and Gynecomastia: What’s the Problem?

The atypical antipsychotic Invega was approved by the U.S. Food & Drug Administration (FDA) in 2006. Three years later, the agency cleared Invega Sustenna, an injectable form of the drug. The active ingredient in both medications is a metabolite of Risperdal, another antipsychotic that is also marketed by Johnson & Johnson’s Janssen Pharmaceuticals unit. As such, Invega works in a similar manner to Risperdal, and carries many of the same risks.

In recent years, a number of studies have suggested that Risperdal may be associated with the development of gynecomastia in men and boys.

Gynecomastia is a condition marked by the excessive growth of breast tissue in men and boys. In some cases, it may even be accompanied by lactation. Symptoms can include:

While not life-threatening, gynecomastia can be an extremely painful and embarrassing condition. The excess breast tissue will not go away, even with weight loss or when a patient stops using Invega.  Some gynecomastia victims have reportedly developed female-like breasts as large as a 44DD cup. When the condition becomes this serious, patients may be forced to undergo surgical procedures, including liposuction or mastectomy, to remove their excess breast tissue.

Filing an Invega Lawsuit Can Help

Invega patients who were diagnosed with gynecomastia may be entitled to compensation for medical bills, lost wages, emotional distress and more. To discuss filing your own Invega lawsuit, please call (888) 994-5118 to speak with a member of our legal staff.