Court documents indicate that hundreds of dialysis drug claims, which were filed after the U.S. Food and Drug Administration (FDA)’s Class I recall of the acid concentrates, involve allegations of sudden cardiac death, cardiopulmonary arrest, and other fatal heart problems stemming from GranuFlo and NaturaLyte. These cases similarly allege that side effects may occur within 72 hours after the drugs are administered, and may stem from their high amount of an ingredient the body converts to bicarbonate. As a result, recipients may develop metabolic alkalosis, a condition that causes the body’s pH levels to rise. Symptoms associated with metabolic alkalosis, which can allegedly lead to heart problems, may include muscle twitching, confusion, numbness, tingling, nausea and lightheadedness.

GranuFlo and NaturaLyte were designed by Fresenius to neutralize the acid that builds up during hemodialysis, a treatment for chronic and acute renal (kidney) failure. Kidney failure is often caused by diabetes or low blood pressure. 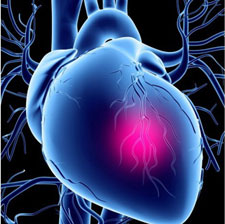 According to GranuFlo and NaturaLyte lawsuit claims now filed in courts throughout the U.S., the 2012 dialysis recall was given Class I status by the FDA on June 25, 2012 after the risk for stroke, heart attack and other injuries was determined to be serious, and potentially fatal. A notice posted on the agency’s website indicates that all NaturaLyte and GranuFlo vials manufactured between January 2008 and June 2012, and used in three-stream hemodialysis machines were affected by the GranuFlo recall.

Two months earlier, Fresenius issued an Urgent Product Notification that warned of side effects that may stem from these products. Granuflo and NaturaLyte lawsuit claims allege that the March 29th, 2012 notice from Fresenius was issued too late, and that the company knew about the risks for months prior. This information was obtained from an internal memo issued by the company in November 2011 noted 941 patient deaths that occurred after GranuFlo and NaturaLyte usage in treatment clinics operated by Fresenius.

According to court records, hundreds of claims against Fresenius are now pending in a federal dialysis lawsuit proceeding underway in the U.S. District Court, District of Massachusetts. Multidistrict litigations like this are created to conserve the resources of the court, and to avoid conflicting rulings from judges in cases that include similar actions over the same defective drug or medical device. By consolidating discovery proceedings and pretrial motions in a single location, product liability lawsuits may progress more efficiently.