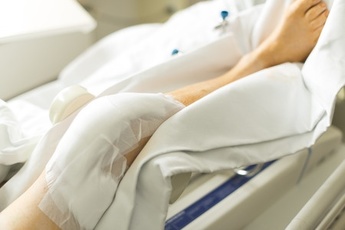 A growing number of plaintiffs are pursuing Bair Hugger lawsuits after allegedly developing debilitating hip and knee replacement infections due to the widely-used forced air warming blanket. All of these plaintiffs claim that the 3M Bair Hugger allowed contaminants from the operating room to enter the surgical site during their implant procedure, resulting in dangerous post-operative infections, including MRSA and sepsis.

You could be eligible to file a similar forced air warming lawsuit if you or a loved one were diagnosed with a post-operative hip or knee replacement infection following implant surgery that involved the use of a Bair Hugger system. If your case is successful, you could be awarded damages for any medical treatments you required, including revision surgery to remove and replace your implant, as well as pain and suffering, disability, lost wages, and more.

The 3M Bair Hugger is used during more than 80% of all hip and knee replacements to help regulate patients’ body temperature during surgery. The system consists of a flexible hose that is hooked up to a disposable blanket that is then positioned over the patient. The blanket delivers a constant stream of warm air, allowing the surgical team to ensure that the patient’s body temperature stays at an optimum level.

While it’s important that an ideal body temperature be maintained during surgery, forced air warming lawsuit plaintiffs s claim that use of the Bair Hugger disrupts the laminar air flow in operating rooms. This allows contaminated particles from the operating floor to be carried up in the warm area, entering the sterile filed around the surgical site. These contaminants may cause MRSA, sepsis and other deep joint infections that result in the need for additional surgery and permanent disability.

Bair Hugger lawsuits further claim that 3M and Arizant have been aware of the system’s infection risk since at least 2009, but continued to aggressively market the device as safe for use in both general and orthopedic surgeries. Among other things, plaintiffs assert that no “reasonable and competent physician” would have used the forced air warming blanket in orthopedic surgery had the companies not misrepresented their safety to the public, regulators and the medical community.

The 3M Company has released a research compendium in an attempt to demonstrate the safety of the Bair Hugger surgical warming blanket. The company continues to deny allegations that the device increases the risk that hip and knee replacement patients will develop dangerous post-op joint infections. Read More

I’m Ready to File a Forced Air Warming Lawsuit. How Do I Start?

If you are interested in filing a 3M Bair Hugger lawsuit, it’s important to contact an experienced medical device attorney as soon as possible to ensure your legal rights are protected. Bernstein Liebhard LLP has been working to safeguard the rights of patients for more than 20 years, and our attorneys are available to evaluate your case for free. They will take the time to answer all of your questions, and can fully explain the process for filing a case against 3M and Arizant. To learn more, call our office today at (888) 994-5118 to schedule your free, no-obligation legal review.